So you're looking for a tablet for your drone and want to make sure it is compatible as well as have the right specs for the right price.

A tablet makes the experience of flying a quadcopter way more precise and enjoyable since you can see a lot more details in the frame compared to a phone.

In this article, we'll cover the best tablets you can buy for any drone and also what are the best tables for DJI drones (DJI Go and their other apps).

Tablets vs Phones for drones

Plain and simple smartphones are limited by their screen size. Gets harder to know if you are getting the right exposure when you compare the videos and images when viewing from such a tiny screen resolution. Holding a tablet when flying a drone eases the entire process as you get a clearer picture of what’s going on.

The tablets suitable for drones have a minimum screen resolution of 1200 by 800 pixels that delivers sharp and clear graphics while enhancing their navigational accuracy.

What to look for in a tablet for your drone

When choosing a tablet for your drone you need to look for the following important things:

Compatibility with your drone app

It's obviously important that your tablet can support the apps that you're using, and more than that, can run it properly without issues. The cheaper tablets might actually have issues when trying to process things like follow me or the screen might not be responsive enough to select objects on the screen.

The screen has to be considerably bigger than a standard phone (even though phones these days are as big as tablets of a few years ago). This is obviously to get the main benefit of using a tablet for your drone: seeing a bigger picture and more details.

Screen brightness is usually measured in lux or nits and you'll want to get a tablet that's as bright as possible for when you'll be out there in the sun. Getting a sunshade for your screen can partially fix the problem.

Most tablets aren't built for being used outside, so you might need to get one that can handle being put on the ground a few times without getting scratched or broken.

Here are my 8 top tablet picks when flying a drone 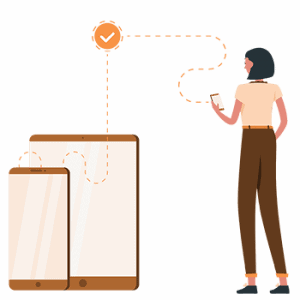 I picket them not in order, but got them from different categories, depending on your budget or what you might be looking for. 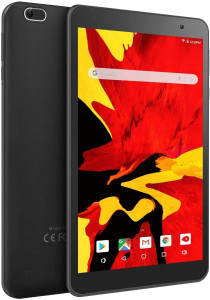 This is one of the best low-budget android tablets you can get for your drone that comes with a great screen a plenty of brightness.

It can run the DJI Go app perfectly and I personally tested it with quite a few other drone apps (even cheaper made ones) and it dealt with them perfectly.

It comes with 32 GB of storage and the option to expand it with a micro SD card, so you can store some of the recorded screen footage or edited videos directly on it.

The best selling point of it is probably the IPS display which makes the colors much truer to real life and comes with a great viewing angle, great for when you want to show someone else what the drone is recording.

Another important thing is that this tablet comes installed with the latest android system and doesn't come with some annoying ads pre-installed like some other cheap ones do. 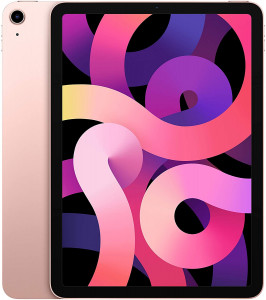 The iPad Air is the perfect size for using with any drone, as it's big enough to greatly increase the amount of video you see on the screen, yet it's still small enough to keep it portable.

The processing power is plenty and it works smoothly with every drone app DJI has.

I personally found the battery to be lacking sometimes, but I think mine was a bit too old. 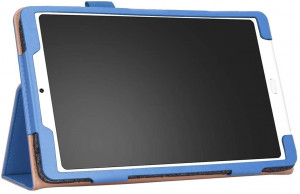 A great tablet that's both affordable and delivers great performance even for editing your drone footage.

The Xiamoi Mi Pad provides some great materials that are actually quite durable in case you manage to drop it in your drone adventures, which makes the experience much more enjoyable than having a large and expensive tablet hanging from the controller. 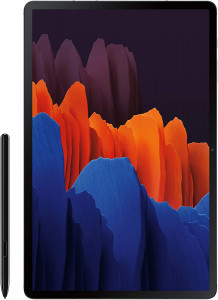 One of the better tablets you can buy in general, but definitely a great choice both for using Drone apps like DJI Go or showing your clients what you recorded or your portfolio.

The processing power is top-notch and you can use a more advanced video editing software to edit your drone videos directly on it.

This means that it's great as an overall tablet, but not great if you want to use it just as a simple tablet to work with your drone app only.

The screen is bright and cristal clear with an 83.6% screen-to-body ratio and a huge size of 11 inches.

Because of the size, you might need to get a tablet holder for your transmitter. 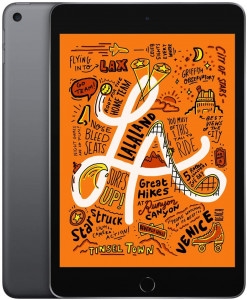 If what you're looking for is a compact tablet for your drone, the Ipad Mini is the best way to go.

Apple iPad Mini 4 has a 7.9-inch retina display with a resolution of 2048 X 1536 pixels creating a  dual-core A8 chip carrying quad-core graphics.

8 megapixel tablets have cameras for all photography lovers which also capture HD videos. The iOS camera is always on point yet delivers 128 GB of storage when supported by microcards based on preferences.

A few more things you should know before choosing the right tablet for your drone. Take note.

Yes.DJI made a new update that allows iPads to be supported on the DJI Fly App entirely with no more issues.

What are the best accessories for drone tablets?

Drone controllers are rarely already equipped with the hardware to handle a larger tablet, so you'll certainly need some additional equipment like this:

You can check out my article with the other drone accessories over here.

What smartphone/tablet work with DJI Mini 2?

All tablets and smartphones work with DJI FLy app and the DJI Mini 2 considering they have the following operating systems:

What’s the ideal size for a drone tablet?

Usually, anything between 8 to 10-inch dimensions is a good enough display on a screen.

If it's larger than that it can be problematic to hold in the hands or find a proper tablet holder for it.

I conclusion, you need to find a mix between proper screen size, brightness, and build quality when looking for a drone tablet. I would prefer something on the cheaper end if it simply has that purpose only.