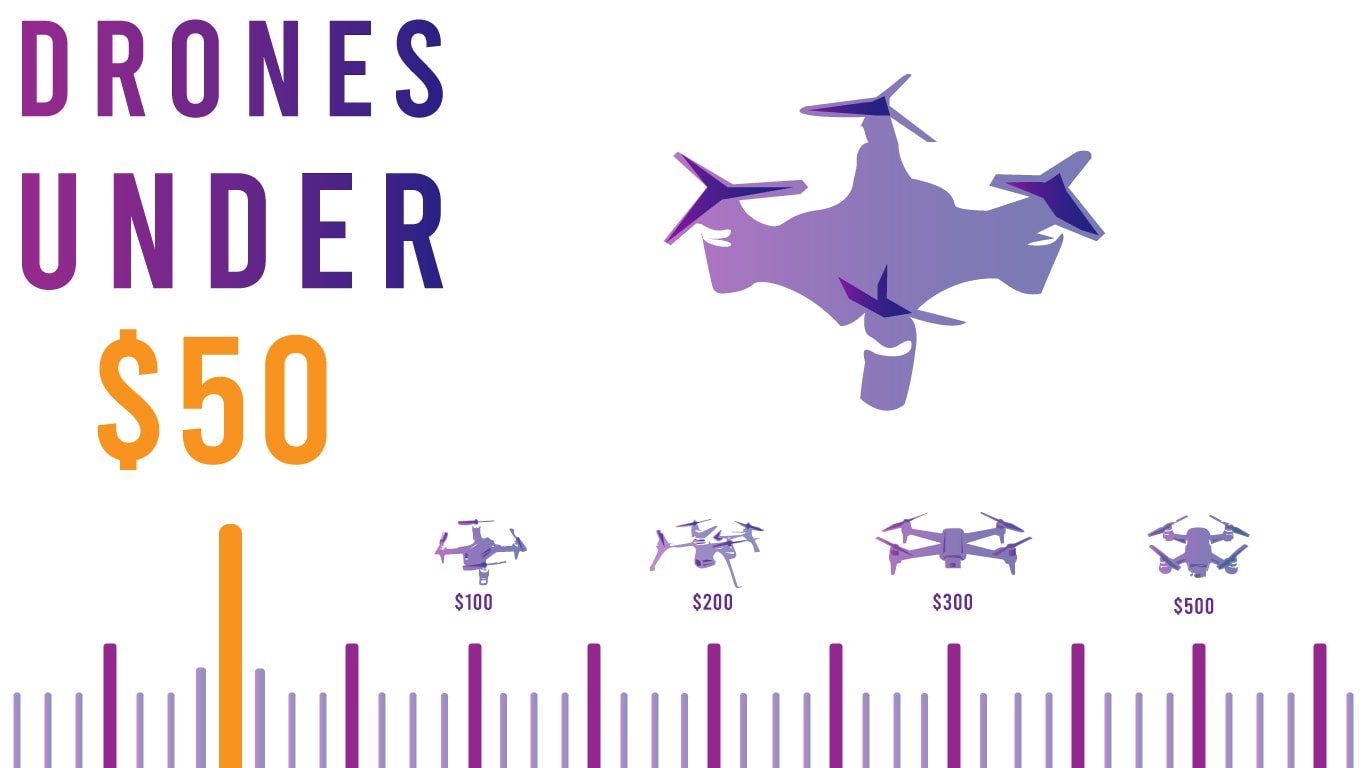 The best drones under $50 is a category where there's A LOT of abundance, especially coming from Chinese companies.

This means it's even harder to choose.

But since I tested probably over a hounded of these and even reviewed some on my youtube channel, I'll try to help you make a decision instead of letting you waste your time researching.

If you have a slightly higher budget, I recommend you go for my top drones under $100. 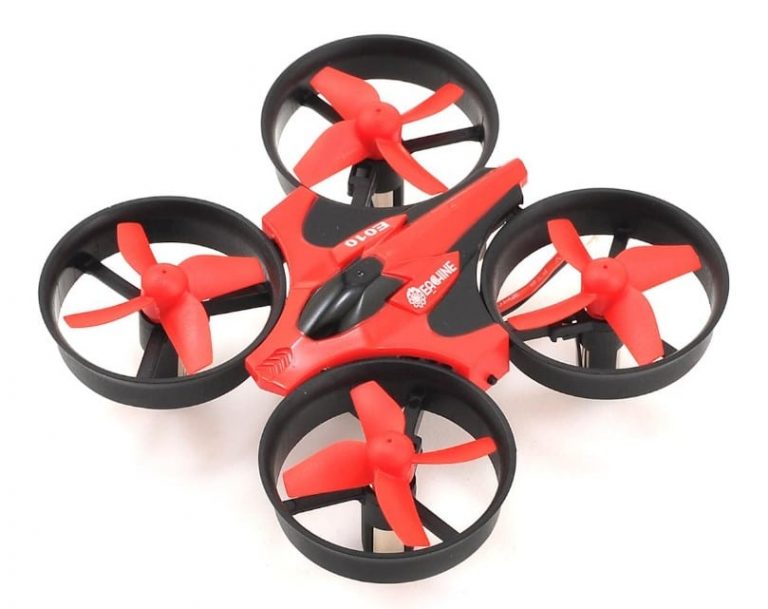 In a hurry? Just pick my best recommended drone in this price category and you can't really go wrong!

My top drones under $50 (table comparison) 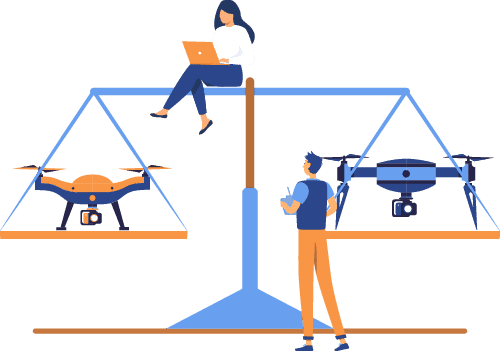 This is a quick Ranking of my top picks for the best camera drones I’d recommend for different people with different needs, all considering your budget is under 200 dollars.

This list is in order of what I consider to be better overall AND what value for money that drone has.

All these quadcopters are super high quality and you can’t really go wrong. It’s up to you to decide!

My video with details about these drones

My final drone ranking (in detail) 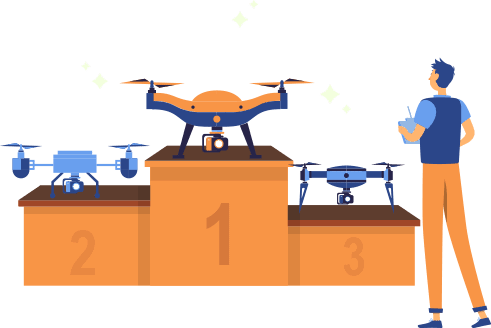 Drones under $50 usually are suitable mainly for beginners or kids (check out my best drones for kids).

This means you should go for a cheap but durable drone that can handle flying mainly indoors and has prop guards.

My top drone for beginners, simply because it works, it's resilient, well protected and can do flips.

What more can you want?

It comes in multiple colors and it's super safe to let even kids play with it. 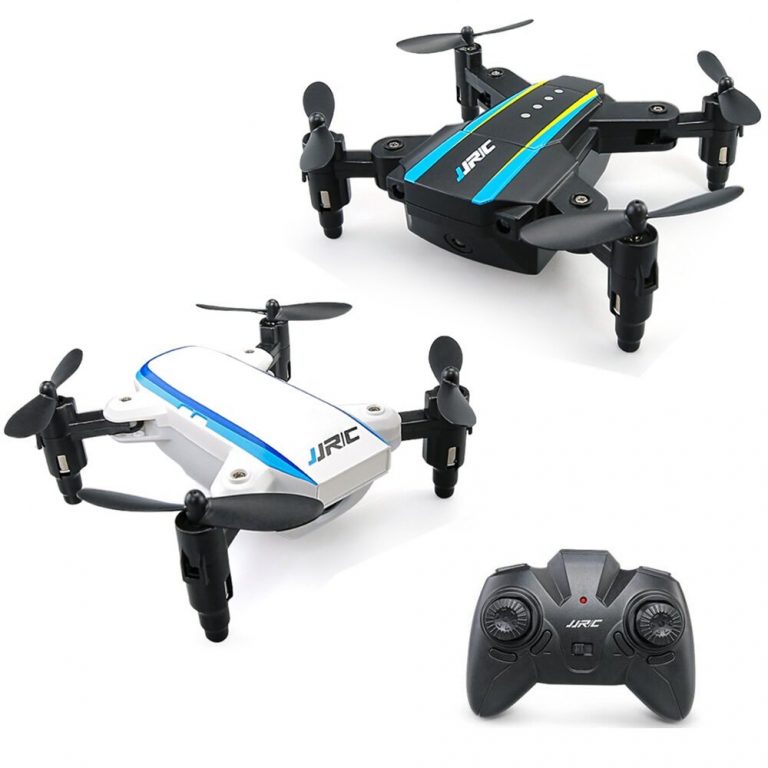 The perfect package for people who want to have 2 drones instead of one, in case you crash (you certainly will).

Having two drones also helps by doubling the battery life. They are controlled with the same transmitter though.

The main advantage of these drones is that the package is super cheap.

ALSO READ:
Best Large drones in the world (that can lift heavy weights) 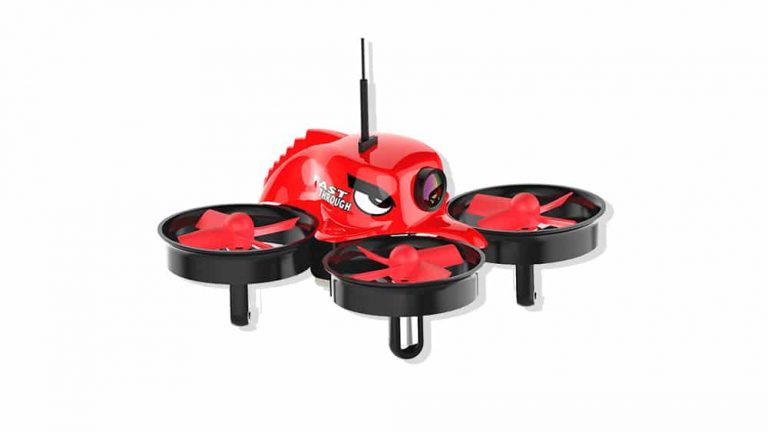 The Eachine E 013 is a really cheap drone for the package it comes in.

You get a pair of 5.8 ghz FPV goggles, the controller and the drone.

It's a perfect indoors drone, although I wouldn't recommend it for total beginners though. 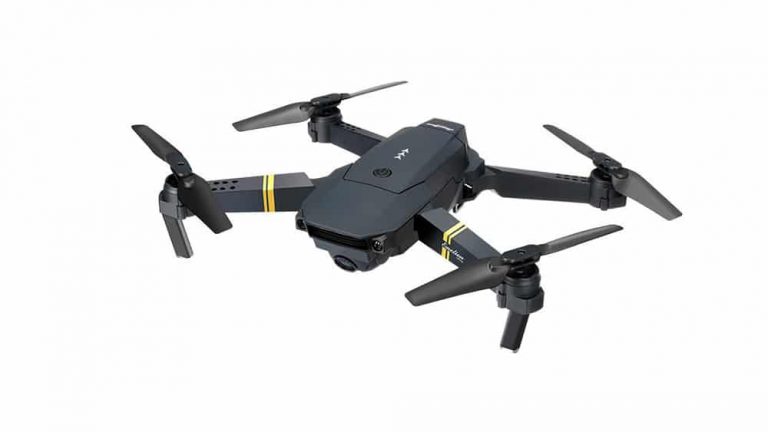 This drone makes it on my list not because it's one of the most popular quadcopters in 2020, but because it actually has what it takes.

It's foldable and looks a lot like the very expensive DJI Mavic Pro.

It flies pretty well and the footage is not half bad, at least for a toy drone.

For a very small additional price you can get up to 3 batteries, so the charging time will get irrelevant at some point. 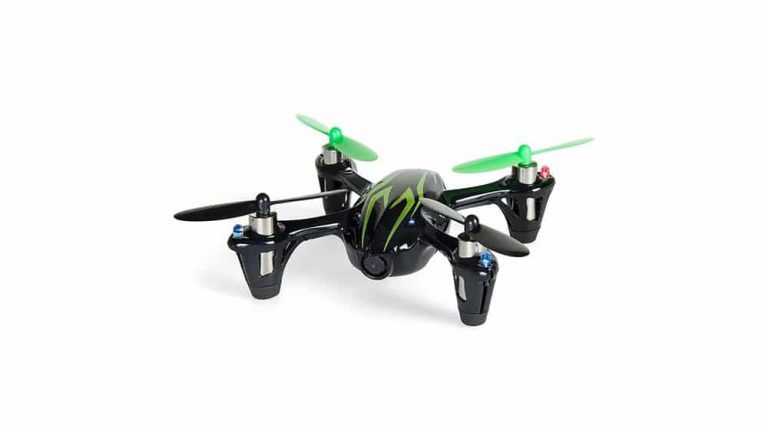 The Hubsan X4 is in fact an entire series of small beginner drones, some with camera and others without one.

Although quite old on the market, these are extremely well-made drones and quite durable too.

What to look for in a drone (and FAQ)

Why do cheap drones have short battery life?

Drones this cheap have a short battery life because batteries are expensive and heavy.

You won't find a big drone for under $50 so it makes sense that such a small battery won't be able to keep the rotation of the propellers for too long.

Even though the drones are weighing less, the props must spin at about the same rate, so size isn't directly proportional to battery life, but rather it decreases more, the smaller the drone is.

Another thing you should consider is the drone’s range, as it depends on what you plan to do with the drone.

I have also compiled my ultimate list with long range drones, if you want to focus more on this specific trait.

The range of a drone can greatly vary depending on the wifi interference, whether you bought it from Europe (CE mode has lower range usually) or USA(typically the best range). 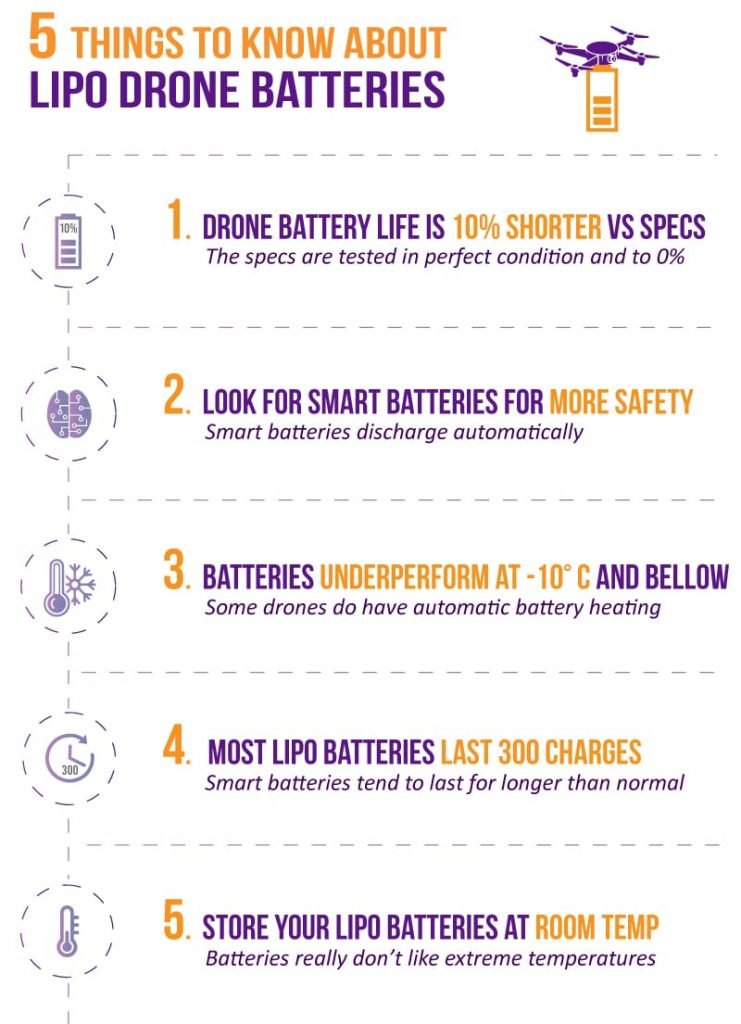 Drone durability - The most important feature

On this list I only chose the most durable and high quality drones I experienced flying myself, as you'll definitely smash into walls as a beginner.

Having prop guards is mandatory, especially for larger drones. If your drone is smaller, you can go past that, but it would still be helpful if you don't want to destroy tons of propellers.

This would be it for the best drones under $50 and what to look for in terms of specs. 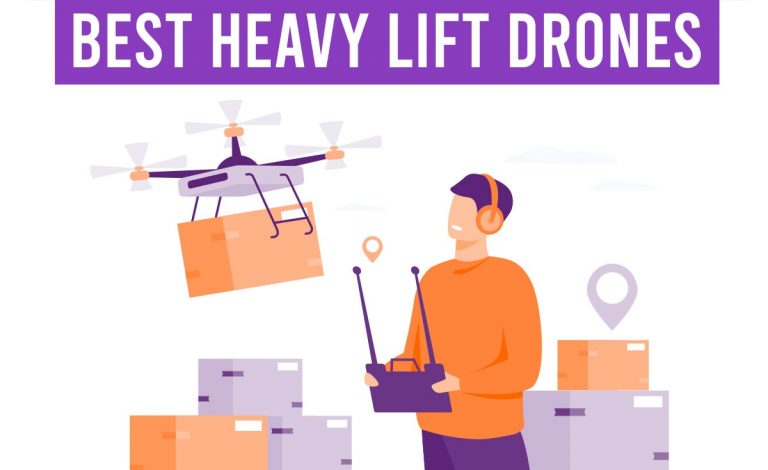 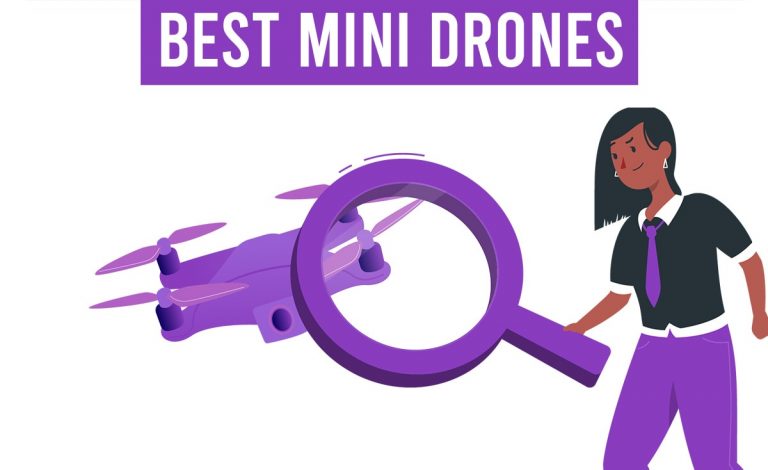 Best Mini Drones in 2021 What to look for and what to avoid Mini Drones are all the rage these days, but how do you 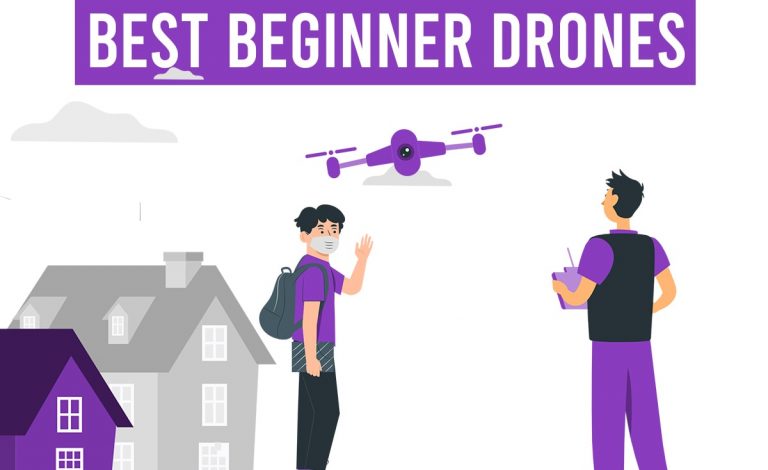 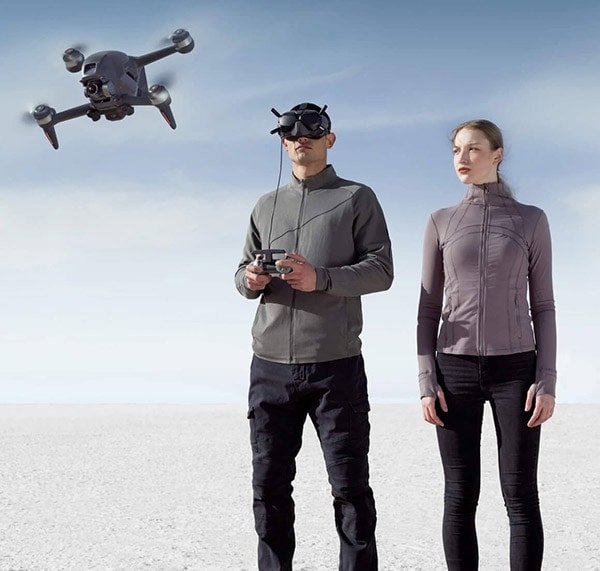