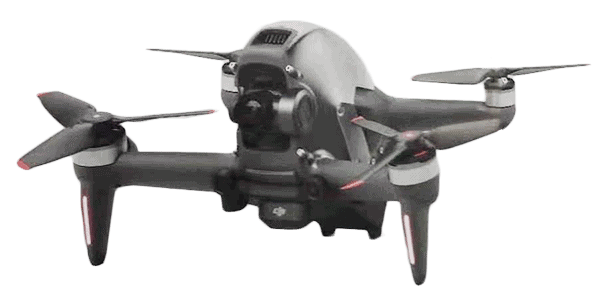 This DJI FPV Drone review will cover all of the things you should know about the drone before you buy it as well as a comparison to the other FPV drones out there!

People will argue, but I think the price of the entire package delivered by DJI is quite good considering how many pieces of otherise expensive technology you're getting.

Anyway, this being said, let's dive into the reasons why you should or shouldn't buy the new DJI FPV drone and what facts you should know about it. 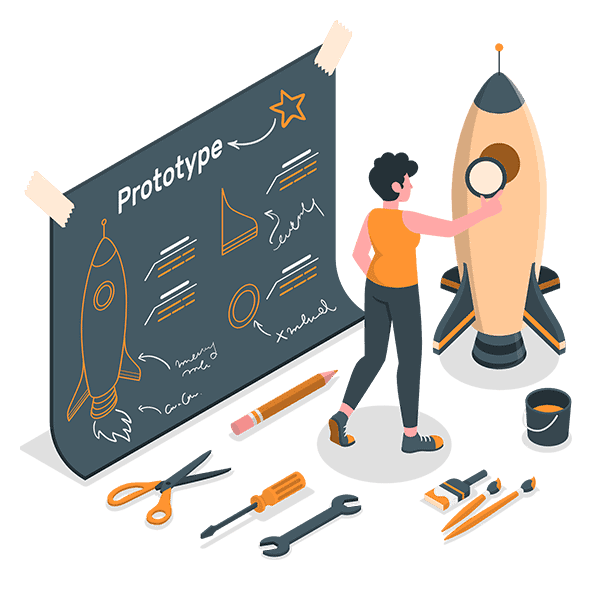 In this section we're looking at the main features and specs we can observe from the online photos and videos we can get our hands on. 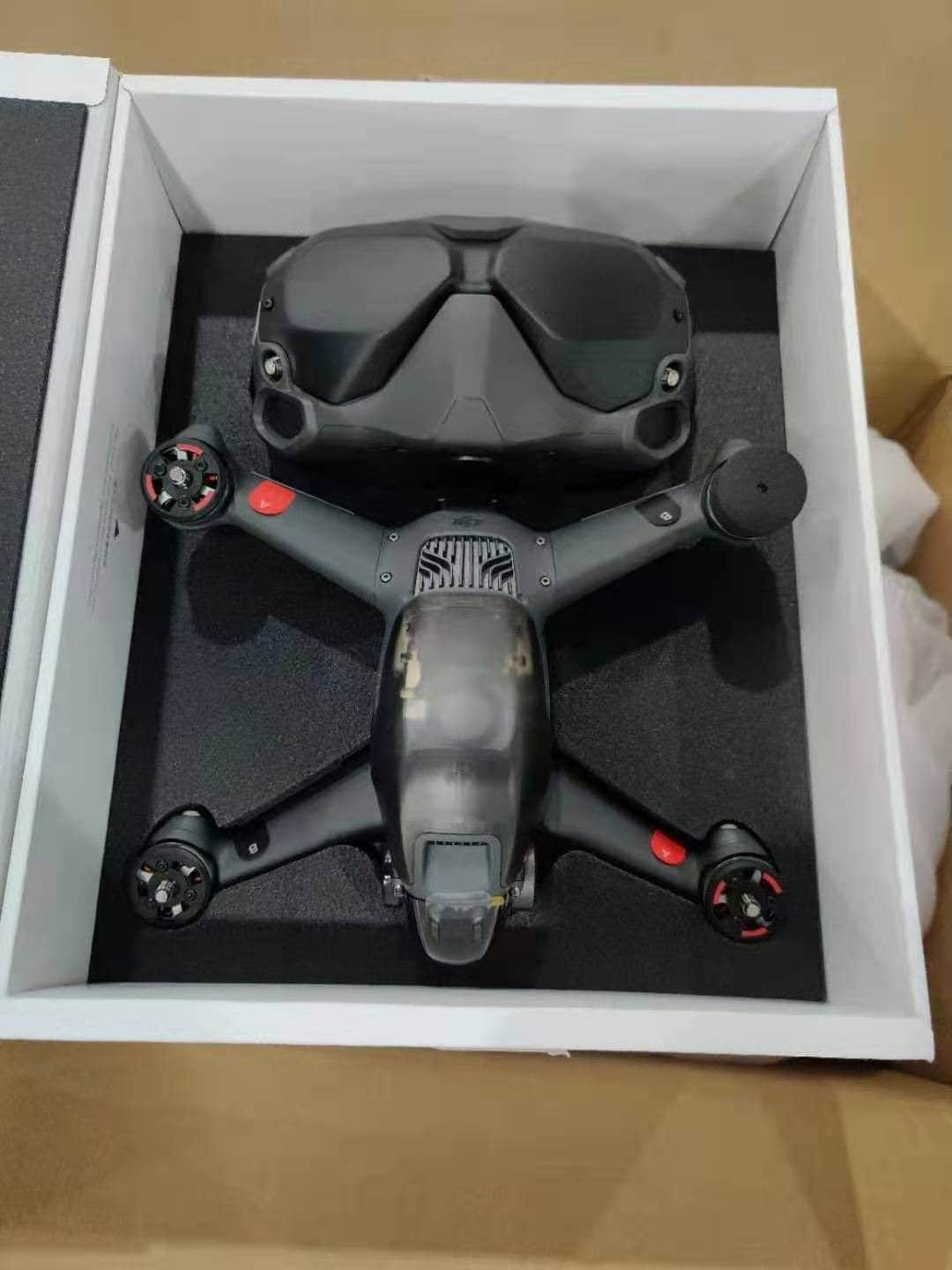 We can notice that in the first picture it has a partially transparent canopy, probably to have a better look at the insides of the drone. It could also just be the part that you can easily remove for inside access in case anything happens.

If we look closer we can see a circular object in the middle. At first I thought that could be a cooler of some sort, and it could be, however I'm thinking it's a high probability for it to be a GPS module, which is something you really don't see on FPV drones, but could be super useful for implementing a RETURN to HOME technology on the new DJI FPV drone.

This would be game changing as it would mean way less situations where you lose signal and the drone with it. It could hover in place or return to home 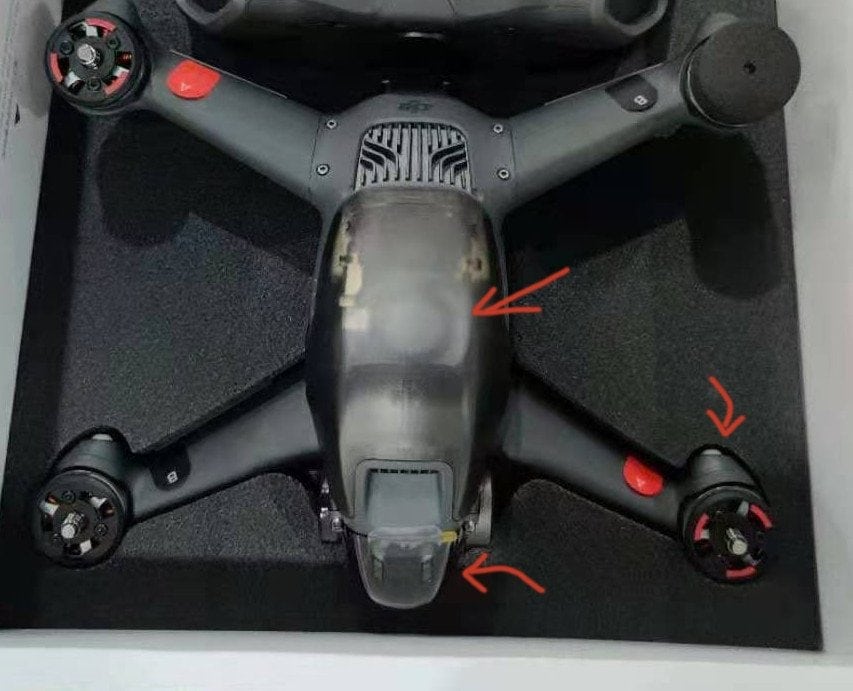 You can also notice the front gimbal cover  for what has to be a moving camera.
An interesting feature that I can notice is the shape of the canopy behind the motors, having a tear shape, probably made so for better aerodynamic flight.
I'm really expecting DJI to surprise us with some insane battery life here, considering most FPV drones can fly for about 5 minutes.
In the second picture we can see the drone in a closeup with stickers on it, probably for testing.
We can see 4 LED strips along side the arms as well as 4 LEDs in the back of the arms themselves and the motors being slightly tilted backward, probably for more eficient drag when the drone is flying forward at high speeds. 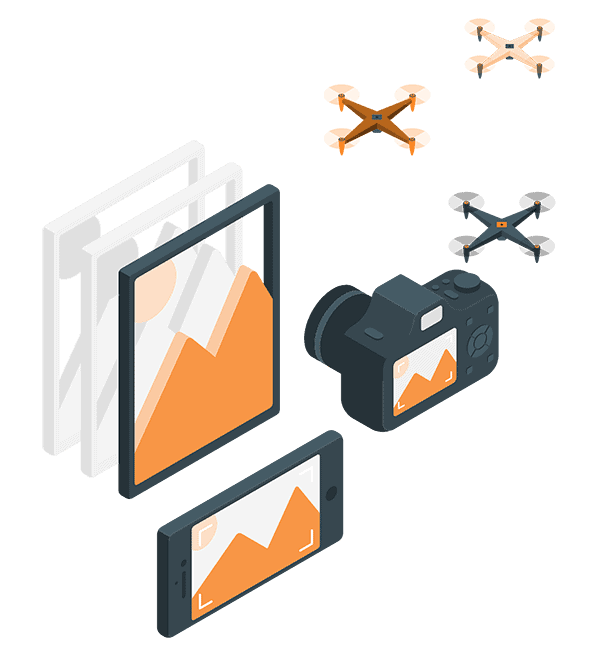 In this section we're taking a look at everything related to the camera specs, what the DJI FPV drone brings to the table and where it could improve the hobby.

The third picture is where Thing are going even stronger.
It's a picture of the outside of the box. This meaning the goggles, what looks like the new FPV controller and the drone from a front perspective.
We're welcomed by a bit of a shocking image as you wouldn't expect an FPV racing drone to be so bulky, but consider that DJI might have made this drone for Cinematic FPV, not for Freestyle FPV.

The Main camera looks like it's on some sort of a gimbal. It could be a 2 axis one, but it certainly looks like it's fixed in spot by this lateral part which could be a motor for turning it up or down, depending on where you want to look.

The main lens does have a slight bulge from what I can tell judging by how the light is shining on it. This means it could have a wider field of view, Maybe something even over 100 degrees to get that Action cam effect and potentially even Fisheye, but knowing DJI, a Fisheye that you can disable for sure. They really don't like fisheye as no drone from them has ever had it, and I strongly agree with the choice. 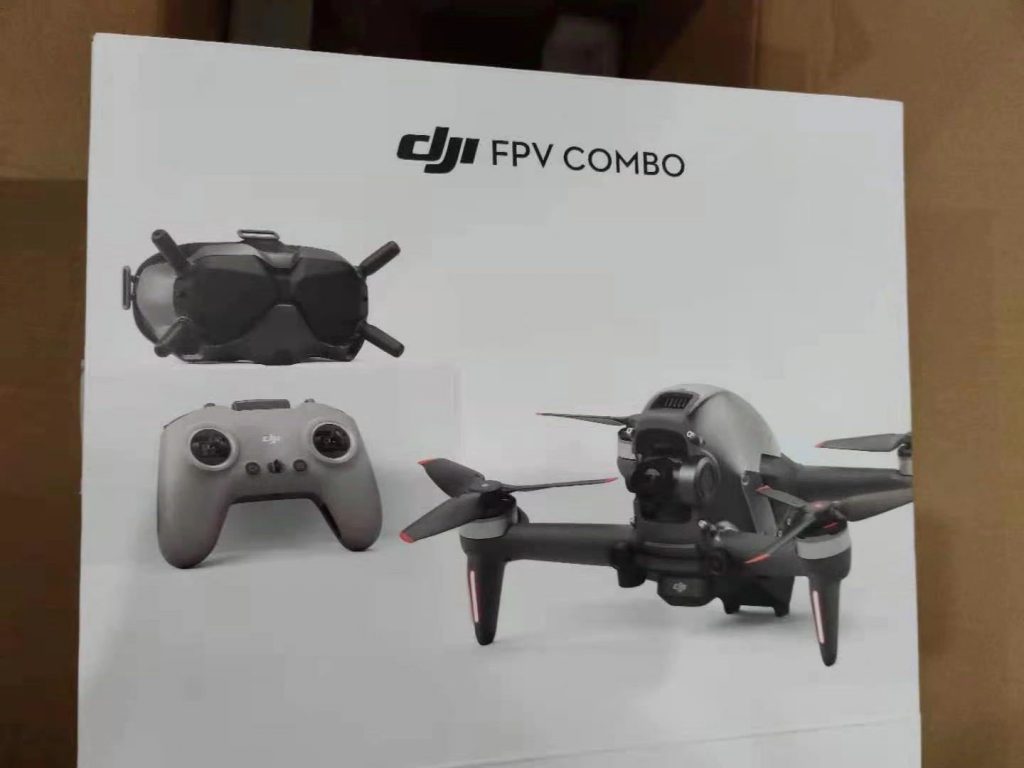 What would the resolution be and how good of a camera is this?

Let's see what this drone is trying to replace on the market currently: having a setup with an expensive gopro on top, which delivers stunning FPV cinematics like no other drone ever could.
This means I wouldn't expect from DJI to have anything else but a super stable camera in front that also doubles as an FPV camera. But how will the stabilization going to be handled?

There was actually a patent for an optical image stabilization for cameras that DJI has filed a few months back that I mentioned in my Mavic 3 article on the site dronesgator.com and those could have just as well been for this drone.

So it won't have a 3 axis stabilized gimbal, because it wouldn't be able to capture that plane like racing feeling, but instead it would be just like their normal drones.

Will the camera record in 4k?

I'm expecting the camera to record in 4k 60fps, because anything less than that and it woudln't be able to compete with the likes of gopro. This is what OsitaLV is also sharing on his twitter, saying it's a 4k 60p camera.

Here's an image with another spec leak from a chinese website:

What's more interesting about this drone is that it looks like it has 2 obstacle avoidance sensors in front, which makes it really unique once again in the world of FPV drones.

So what could this be used for?

It could be used for obstacle avoidance, but it's really hard to do that at high speeds, mainly because you need a very fast processor to calculate all the data and then give commands to the drone. But it could be that it works as a way to stop the drone in case any obstacle is in front of it, and they might work only at a certain speed.

Knowing DJI, they probably also have bottom facing sensors for a smoother landing. As this is another way DJI will probably revolutionize the FPV drone world yet again. Having an  FPV drone that can land smoothly without any crashes and most importantly, by itself. 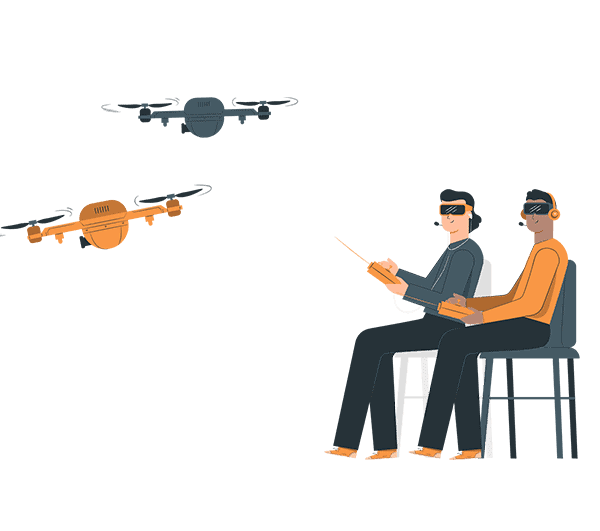 We also have multiple photos showing the new transmitter in all its glory, definitely something that won't impress anyone, but looks good to hold in your hands. 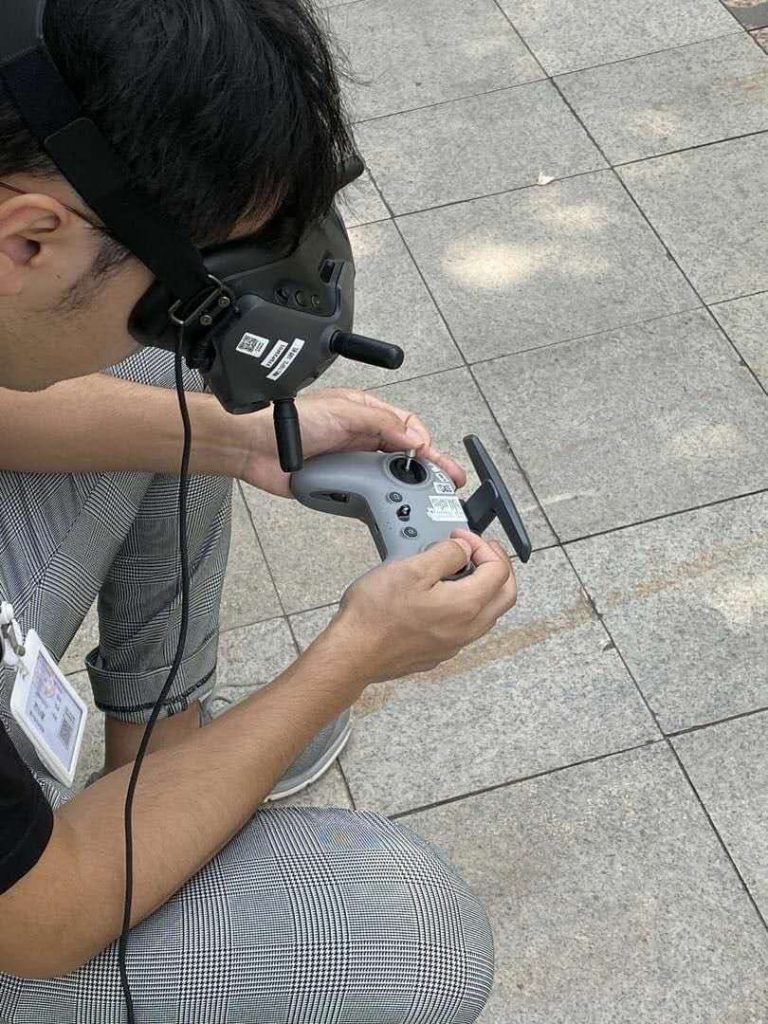 The new controller looks very Xbox like with a design similar to BETAFPV's Lite 2 controller and an expandable antenna at the top.

On the inside of the arms you can see two empty spaces in the shape of the Sticks, made of course to hold the sticks for easier transport, something DJI was doing for a few years now.

I'm expecting some switches or buttons at the top of the controller too. 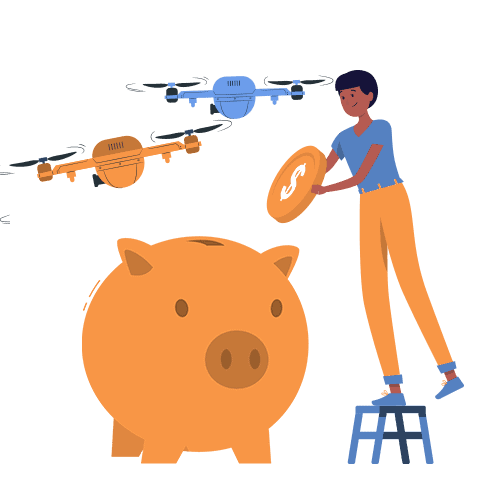 In this section we'll see what price the drone might be, what we get in the package and who it is mainly made for.

As you can see on the main box, it says DJI FPV Combo, so what we're looking at is the alternative of the FLY more combo that we've been used with so far from DJI.
You're getting the FPV Goggles, the new controller and the Drone itself, most certainly some other accessories like batteries and such.
The Normal package could contain either the drone by itself, with the controller being sold separately, but I kinda doubt that, since I don't expect it working with any other transmitters like standard FPV ones like the Taranis and such or this FR sky one I have Right here.
So the standard package would be the drone by itself, with the transmitter and probably just one battery, This would be perfect for people who already have the FPV goggles from previously.

Who should buy it?

This drone is for people who wanted to get into FPV flying but weren't too keen on the complexity of the current FPV hobby (although some like it). It's perfect for cinematographers who wanted to take some special shots and who were bored of the stable GPS steady shots of the Mavics and wanted more thrill, that would be me.

As for the release date, it almost sounds impossible to be released in 2020, but don't be so sure, we got so many leaked photos just now and there has also been confirmation of the actual box and DJI sending products to retailers to test it out.

So considering past experiences with DJI leaks, I would say the drone will be actually released this year, maybe even next week or two weeks from now. 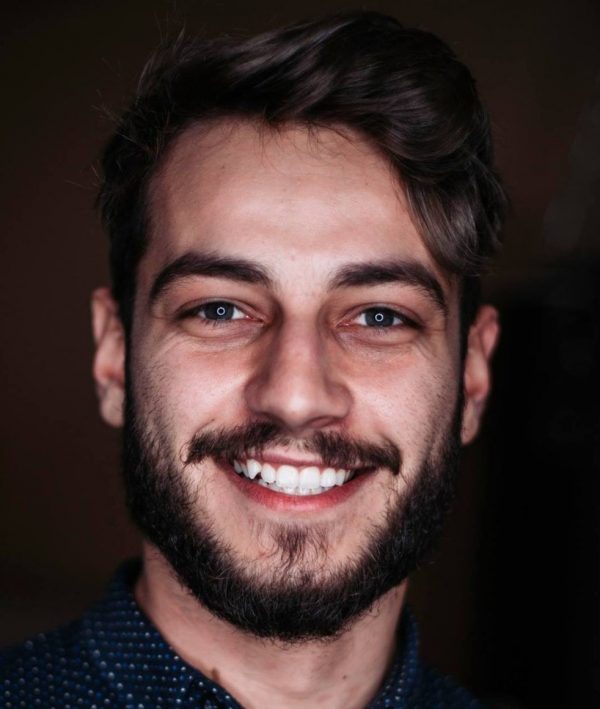 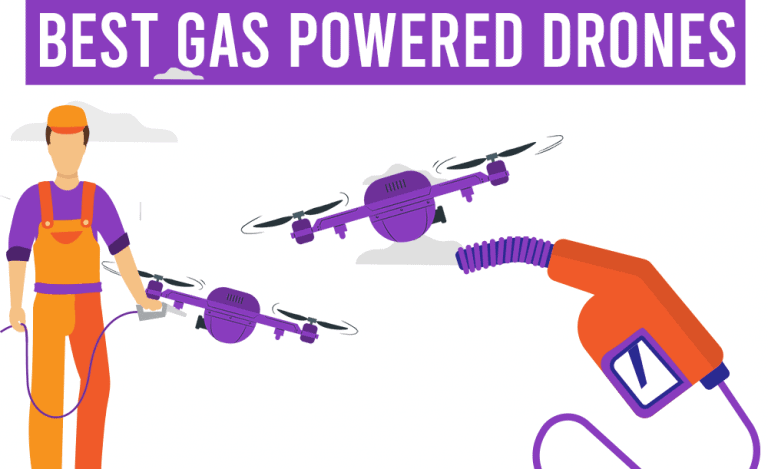 In this article we'll take a look at the best gas powered drones in 2021 and why exactly you might want to pick one instead of a conventional electric quadcopter. 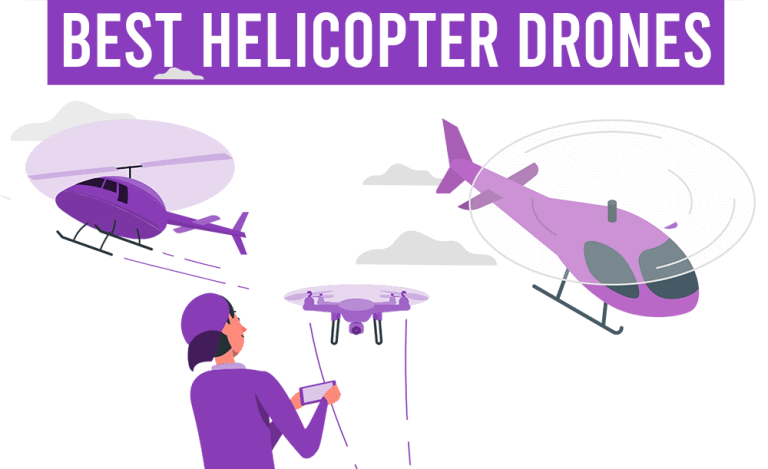 By definition, helicopter is an aircraft that has a single-wing rotary motor, hence the term "monocopter." Some variations have one of more horizontal rotors that use rotating blades to fly and allow it to lift and hover. Initially, it was used for military, search and rescue operations, transporting supplies, and conducting aerial patrol. 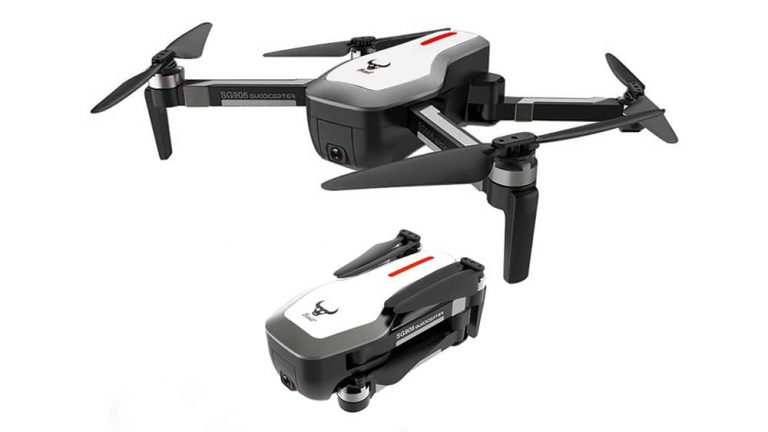 he specs of this quadcopter are absolutely insane, and even though you shouldn't get your hopes up this is going to compete with other 4k drones out there…