What you'll learn in this review

As promised, in this article you'll get to see more than a simple review of the JJRC X111.

It's going to be compared with some of the best alternatives in this price range, i'm going to go over many of the frequently asked questions.

And even show you detailed ways in how to make this a beter drone, with accessories and upgrades.

The JJRC H11 is a drone with a ton of features for the price it comes at.

Even the camera specs are more than what we’ve been used to.

However, it still won’t make it into my professional camera drones department, but rather as a really capable GPS drone to use for exploration and shooting fun videos.

The 3400mAh battery allows you to stay in the air for well over 20 minutes, believe it or not.
One great thing is that it comes with a double battery charger so you can charge two at a time.
Especially good since it takes almost 4 hours to charge these.
maximum-flight-time
MJX Bugs 5w ULTIMATE review( vs alternatives compared)
15
SJRC F11 drone review (Ultimate Guide and comparison table)
24
ZLRC Beast SG906 review (comparison table vs 3 competitors)
20
MJX Mew4 drone review – brushless GPS foldable
20
JJRC X11 review – a GPS drone with a 2k camera
20

The range, just like with most 5G drones is limited by the FPV signal mainly.
What does that mean?
You're going to be able to fly over 600 meters with the drone without losing transmitter signal.
However, the wifi FPV video will degrade and be lost after 3 to 400m at most.
remote-control-range
MJX Bugs 5w ULTIMATE review( vs alternatives compared)
300
SJRC F11 drone review (Ultimate Guide and comparison table)
300
ZLRC Beast SG906 review (comparison table vs 3 competitors)
300
MJX Mew4 drone review – brushless GPS foldable
500
JJRC X11 review – a GPS drone with a 2k camera
300

Does it come back after losing signal?

The JJRC X11 does return at the starting point by itself after it disconnects from the transmitter.

Not only that, you can also call it back by the press of a button (RTH).

Does it return on low battery?

It does automatically come back to the starting point after it reaches about 15 percent battery or so.

You can cancel this process, but it will limit you by geofencing to go further than 20m (sometimes it doesn't work).

The maximum height allowed to fly in the USA is  400feet which is just over 120m.

Will the drone come back after reaching the Max altitude?

The drone is set to stop at the maximum altitude of 120 m so it won’t come back down, it will just stop.
There’s also another limitation…

I made the comparison table bellow to show the main features of the similarly priced competitors on the market.
Most are also foldable and come with similar range and flight capabilities like GPS, return to home and such.
It's a bit hard to tell which one is actually better without seeing the actual footage from each one.
And that's why bellow you have the option to compare them all and see the individual article reviews I made for each.
I compared the BUgs 5w vs the ZLRC Beast, SJRC F11 and JJRC X11.

Bellow you can find a filtering system for the main competitor drones I reviewed and you can press the “Add to compare” button if you want to do so.

The camera can be rotated 90 degrees from the transmitter and actually records in 2k 20fps.

The drone image quality isn’t the best, considering it brags about having a 2k camera.

It’s slightly blurry on the edges and the dynamic range isn’t to great. I like the contrast though.

There is some fisheye effect, but at least it comes with a wide angle and you can capture more lanscape this way.

The main feature you’ll probably enjoy is the fact that you can change the camera angle mid flight, which is something not many drones can do in this price range.

Is the footage stabilized in any way?

No , it's not stabilized by default.
Although the manufacturer says it's stabilized on the up and down axis.
However…
It does come with vibration dampeners and the image is wide enough so you can actually stabilize it in post production.

It takes photos in the same resolution as the actual video, and it looks like they are basically screenshots of the footage itself.
t's better if you check the footage by yourself watching the video review bellow.

Can the camera be upgraded?

Besides the ability to add an action camera at the bottom (yes, it's strong enough for that) there aren't any upgradeable official parts.

What smartphones work with it?

All the iphones have this frequency and usually newer android phones, but there are meny exceptions.

If you want to check your phone compatibility, go on GSM arena, search for your brand and then look in the specs if it has 802.11 ac wifi (the AC part is important).

And no, it's not Air Conditioner.

What accessories you NEED and where to get them from

All the accessories that work with the JJRC X11 also work with the MJX Bugs 4w.
They are the usual stuff like spare batteries, a few models of cases and multi chargers.

You need at least one of these, as you might find yourself not having enough time in the air.​

This is a great way to carry this quad around, with a few spare batteries also.

Props and other spares

If you don't want to wait up to 2 hours at a time for one battery to charge, why not do a few more in paralel.

The package is quite unique compared to other drones, especially  thanks to its multi charger  that can charge 2 batteries at once though 2 micro usb cables .
They can be used wither with your micro usb 3.0 slot in the computer (for faster charging than standard 2.0) or a phone charger wallplug (2 amps or more).

Being the exact same trasnmitter as the MJX Bugs 4w, it looks a lot like the Mavic series from DJI.

And this is a good thing.

It's quite compact and easy to carry around and even comes with an LVC screen that shows:

The drone comes with more flight modes than the really popular Bugs 2 for example, with the addition of follow me and circle around an object.

I almost never use this function, but the Bugs 5w has it, and it basically flies from waypoint to waypoint on the map as you set them from the app.

You can set things like the speed the drone circles around, the direction and range.

It's not as precise as the DJI circle around, but definitely usable for a nice effect in your videos.

Since this drone comes with GPS it also has an included RTH function, which is obviously one of the most useful feats in the package.

In my experience the precision is between 1 and 2 meters, which is more than enough, since you’re going to take the controls from a certain point anyway.

The Follow me mode is great for playing around and impressing your friends, as it actually even rotates to catch your position in the shot even as you move around it.

How do you connect to the app (wifi)

The connection to the app should be simple.

The app for this drone is called JJRC X app and you can download it from both playstore and itunes.

You must make sure your phone can connect to the wifi of the drone. The smartphone needs to support 802.11ac wifi. Check this online by searching “your phone brand 802.11ac” and you'll find out.

Then search for the wifi and enter the app and you should see the image.

How to calibrate the GPS before flight

It's important to know that before every flight you need to do the “GPS calibration dance“.

After you bind the transmitter to the quadcopter you need to do the following:

How do you unlock the motors?

How to bind the drone to the transmitter?

If the drone hasn't been bound yet you can do this by pressing the red button and holding it.

Then press the on button at the same time.

How to change the camera angle?

You do that by the conveniently placed scroll wheel on the top right side.

How to turn the GPS on or off?

There's a button on the right side. The drone will fly faster in non GPS mode.

Is this drone worth the price?

I don't really think you can get better for under $150.

All the specs, the flight stability, modular camera that even comes with the ability to stabilize video (to some extent) make it a great choice.

Having GPS for return to home and flight stability is also a great feature for beginners to have.

Where to buy it from?

This time, if you're not in much of a hurry I drecommend buying from banggood if you don't want spare accessories.

If you want spare batteries, case and so on, check out Geekbuying.com

Check out the following article guides that will turn you into an expert!

JJRC X11 - a foldable drone with gps and a lot of features
Although it's not coming with a gimbal stabilized camera, this drone doesn't lack anything else for the price. It comes with a foldable design, all the usual GPS flight modes and even brushless motors.
Flight stability
9.5
camera
8
Features
8
PROS
CONS 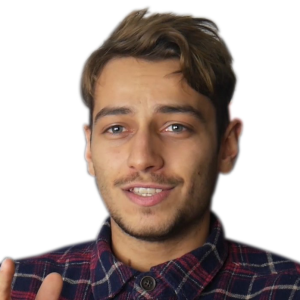