I'll get you through all the specs, how the camera records footage, my own video review, and even instructions on how to use it with your phone.

As a side-note, MJX has recently released the Bugs b20 that comes with an electronically stabilized camera.

At the end there's also a great comparison table with some of the best competitors in this price category.

The ability to move the camera, the smaller frame, and the very precise GPS made it one of my favorites to fly. It's great for lower budgets builds where you prioritize GPS and framing the perfect shot.

Battery life is on par with the other Mjx Drones in the Bugs series, and that is somewhere around 15 to 16 minutes.
One drawback is that the drone transmitter starts beeping as soon as you get to 14 minutes or so, although it still has plenty of juice left.
A solid competitor for the FImi x8 is the SJRC F11 (that I also reviewed).

It's always tricky for me to tell people the actual range of a drone.
Mainly because it's not that simple.
You see…
On one hand you have the actual drone range, which is basically how far the drone can be controlled by the remote.
And this drone can go over 800m as you can see in this video on youtube.
And there's also the Live feed transmission that can go about 300m max in my experience.
So I decided to consider the lower value as the actual range, as you probably don't want to fly it without seeing where you go.

The maximum height allowed to fly in the USA is  400feet which is just over 120m.

Will the drone come back after reaching the Max altitude?

The drone is set to stop at the maximum altitude of 120 m so it won’t come back down, it will just stop.
There’s also another limitation…
When the battery is getting critically low, it won’t let you fly farther than 20 meters away.

This is the comparison table I promised between the Bugs 5w and some of the most recent and best drones in the same price category of under $200 (most under $150).
I compared the BUgs 5w vs the ZLRC Beast, SJRC F11 and JJRC X11.
The Bugs has a disadvantage though, as it's the only one not foldable in this setup.
Although you might see that it's the weakest one when it comes to camera, make sure to compare the actual footage before deciding, as I think the Bugs might actually be better than the rest in many instances. 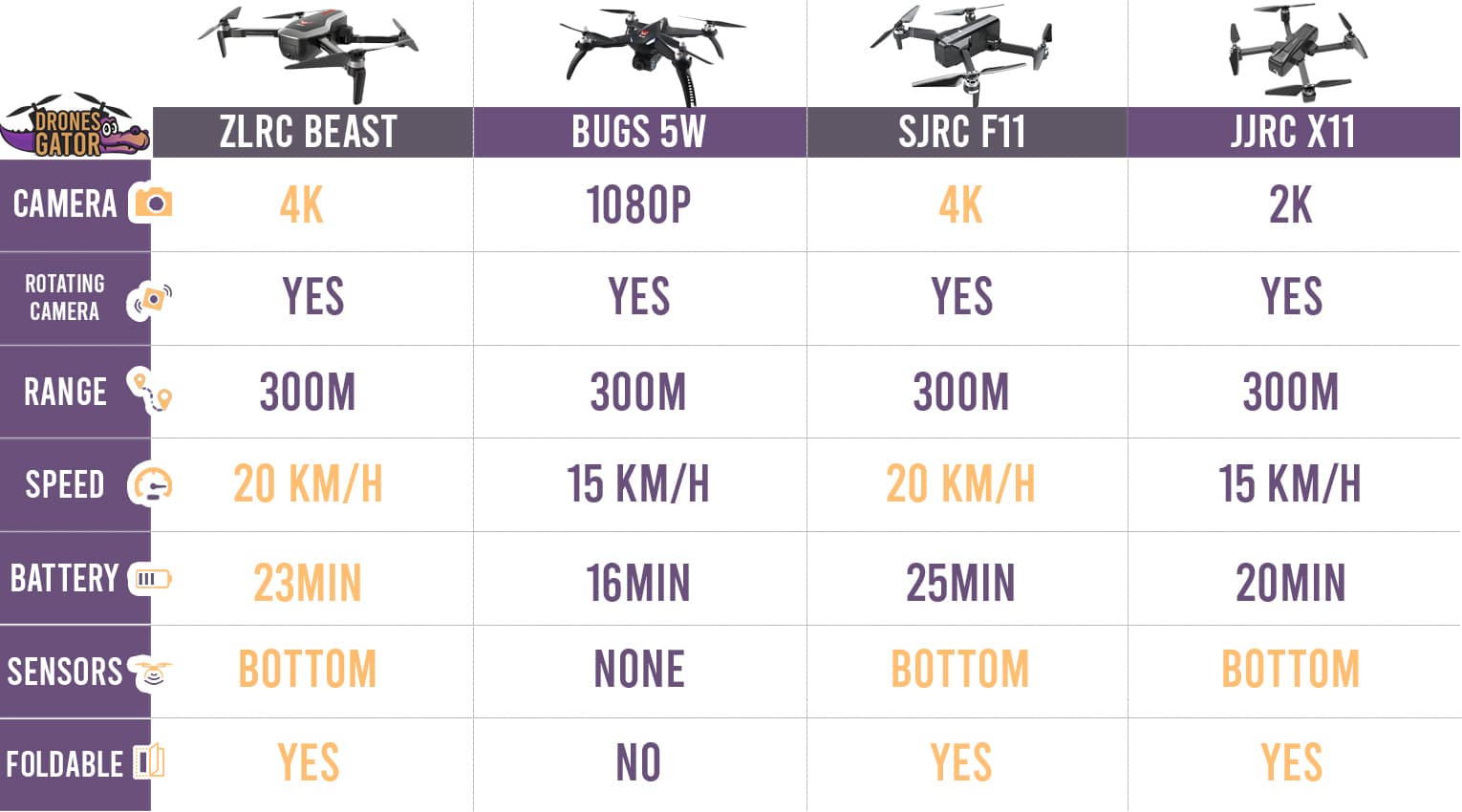 Bellow you can find a filtering system for the main competitor drones I reviewed and you can press the “Add to compare” button if you want to do so. 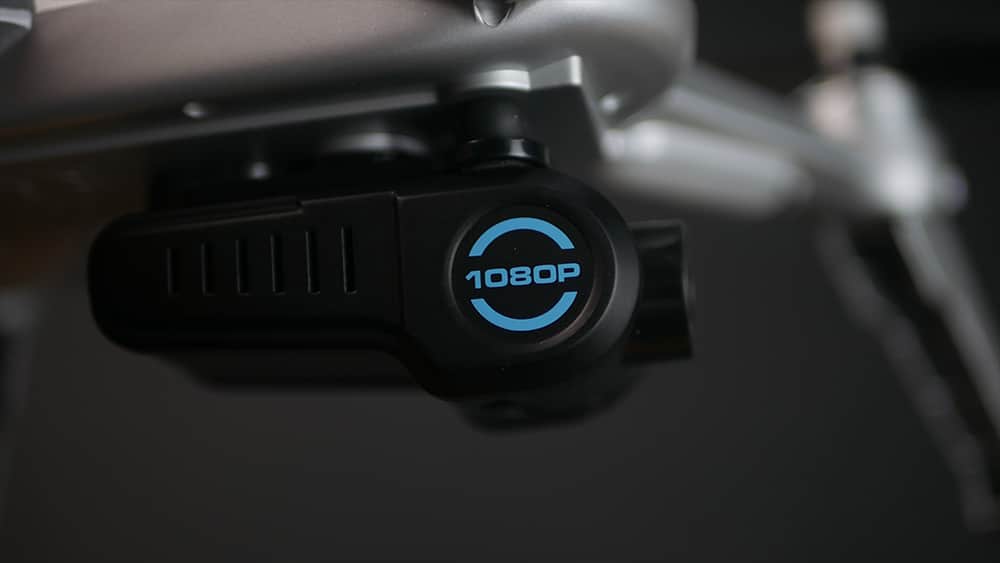 The camera for the Bugs 5w is quite good for it being 1080p.
It does have a slight fisheye effect, but the good thing about that is that the view angle is quite wide, perfect for capturing landscapes.
It's the same camera that you find in the JJRC x5 (it's actually the same drone rebranded, but changed a little).
And yes, finally, this is a camera that can change angle!
It's so important to be able to do that if you want to actually have control of what you see and record.
That's one of the reasons why I don't think drones like the MJX Bugs 2 are relevant anymore, even if they're great otherwise.

Is the footage stabilized in any way? 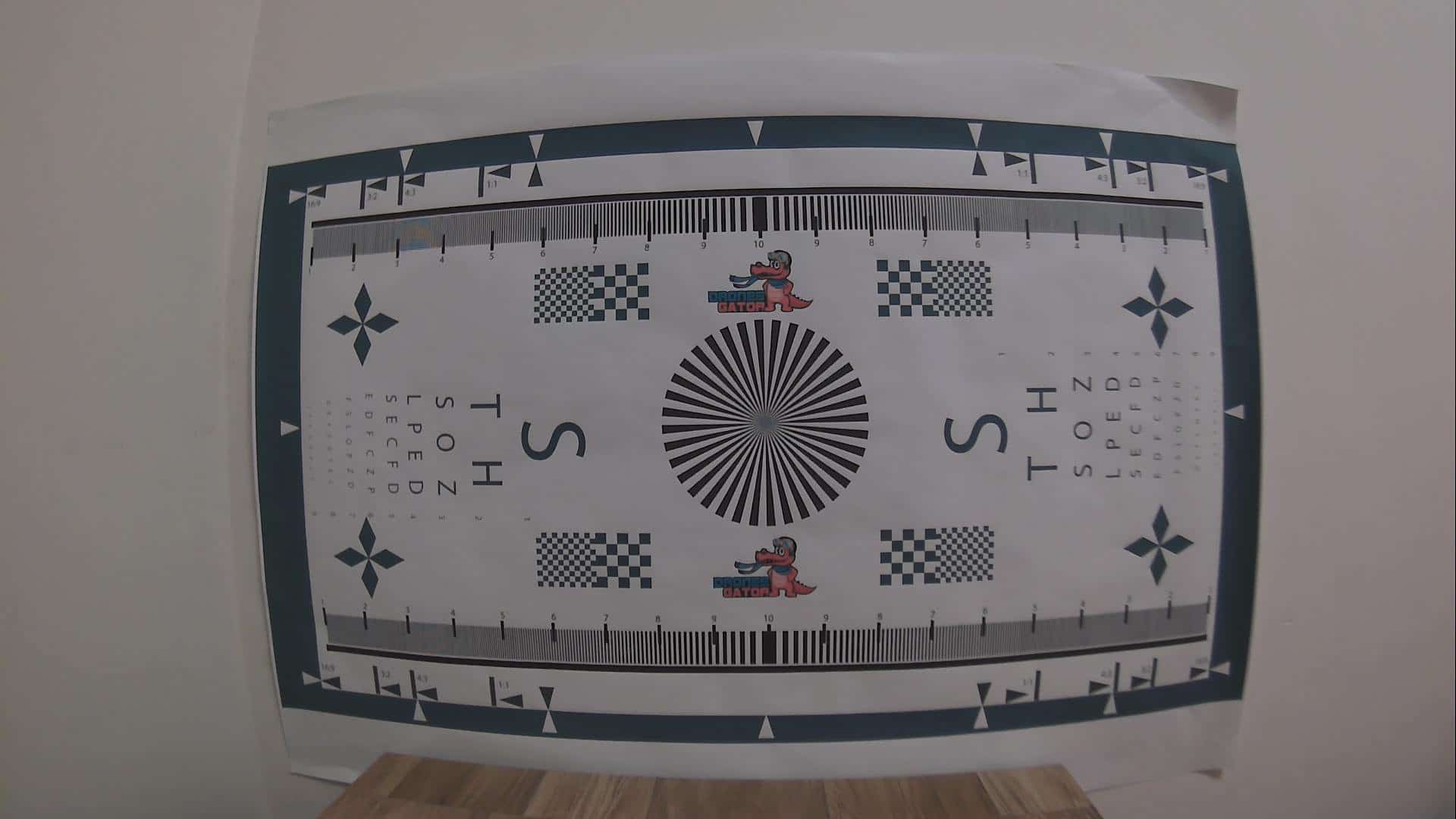 No , it's not stabilized by default.
However…
It does come with vibration dampeners and the image is wide enough so you can actually stabilize it in post production.

It takes photos in the same resolution as the actual video, and it looks like they are basically screenshots of the footage itself.
You can check out my video review of it where I show a lot of footage and photos from this camera.

Can the camera be upgraded?

Besides the ability to add an action camera at the bottom (yes, it's strong enough for that) there aren't any upgradeable official parts.
There is this video on youtube showing you how to upgrade the camera range though. 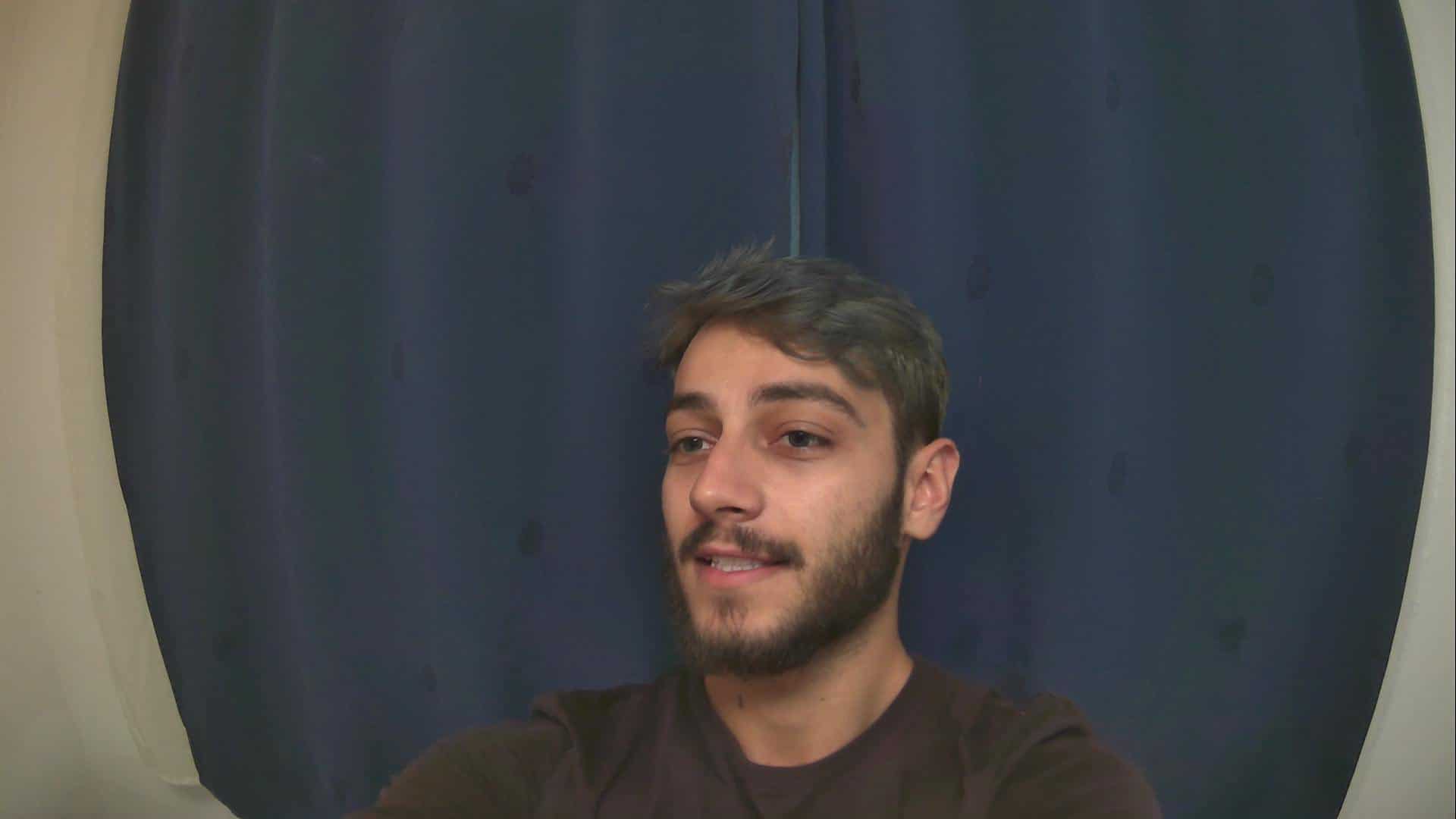 All the iphones have this frequency and usually newer android phones, but there are meny exceptions.

If you want to check your phone compatibility, go on GSM arena, search for your brand and then look in the specs if it has 802.11 ac wifi (the AC part is important).

And no, it's not Air Conditioner.

What accessories you NEED and where to get them from

Mainly the chinese hardware suppliers like banggood and gearbest have the  most accessories and spare parts available.
Because this quad is quite popular, it does come with most spare accessories and almost anything you could think of to be replaced in case you break.
From everything that's plastic on it, case, charger, motors, pcbs,screws, dampners, camera and even battery.
Here are the 3 most important ones I recommend you buy along with the drone itself.

You need at least one of these, as you might find yourself not having enough time in the air.​

This is a great way to carry this quad around, with a few spare batteries also.

If you don't want to wait up to 2 hours at a time for one battery to charge, why not do a few more in paralel.

Although it doesn't look that portable because of the solid design (by that I mean not foldable).

It's actually smaller than the previous bugs models and can easily fit in a small backpack.

IT comes in the package with a ton of accessories, and frankly with another spare battery and a backpack you're ready to rumble! 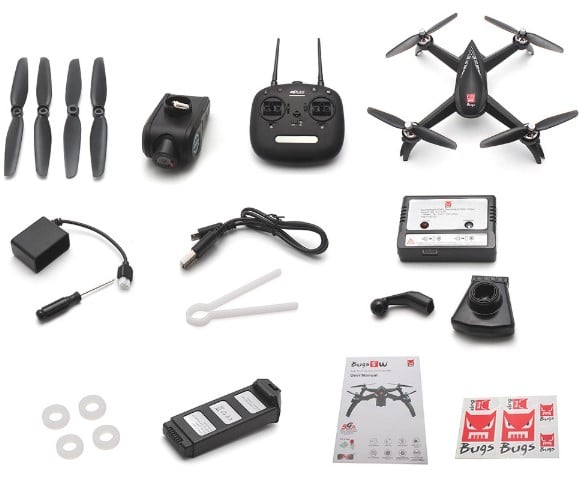 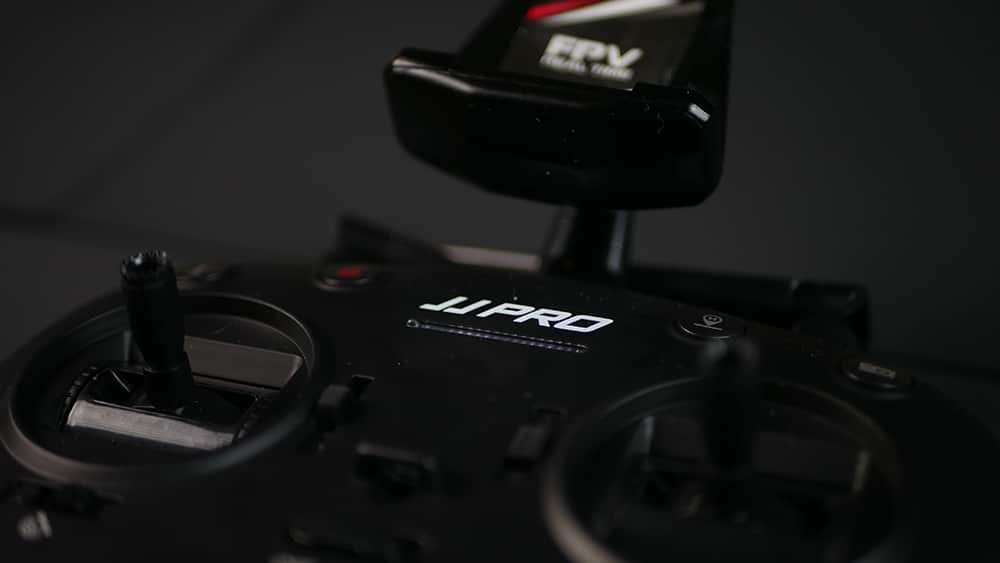 I know, the transmitter above is from JJPRO, however it’s exactly the same as the bugs one.

A pretty good controller, with a button for return to home, a wheel for changing the camera angle and even the ability to turn the GPS off for more thrills.

The drone comes with more flight modes than the really popular Bugs 2 for example, with the addition of follow me and circle around an object. 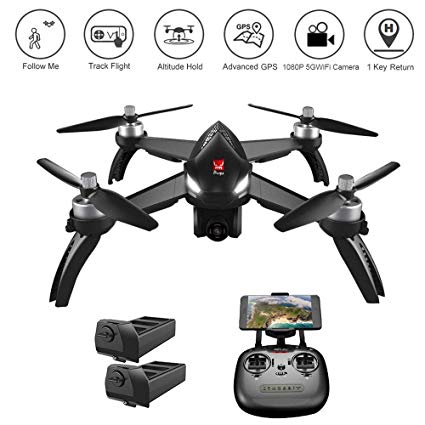 I almost never use this function, but the Bugs 5w has it, and it basically flies from waypoint to waypoint on the map as you set them from the app.

You can set things like the speed the drone circles around, the direction and range.

It's not as precise as the DJI circle around, but definitely usable for a nice effect in your videos.

Since this drone comes with GPS it also has an included RTH function, which is obviously one of the most useful feats in the package.

In my experience the precision is between 1 and 2 meters, which is more than enough, since you’re going to take the controls from a certain point anyway.

The Follow me mode is great for playing around and impressing your friends, as it actually even rotates to catch your position in the shot even as you move around it.

The price for the Bugs 5w is usually quite well under $200 and that’s quite affordable considering it doesn’t really have much competition.

The flight range of the drone is in fact about 1 km, but I put the actual range at 300m as that’s about as far as the video signal goes.

And yes, the quadcopter is suited for beginners too. Why is that?

Mainly thanks to the GPS that allows you to easily learn the controls and if you mess up you just stop pressing any buttons and the drone will simply hover.

Click on the tabs bellow to answer a few of these questions.

Is this drone worth the price?

I don't really think you can get better for under $150.

All the specs, the flight stability, modular camera that even comes with the ability to stabilize video (to some extent) make it a great choice.

Having GPS for return to home and flight stability is also a great feature for beginners to have.

Where to buy it from?

This time, if you're not in much of a hurry I drecommend buying from banggood if you don't want spare accessories.

If you want spare batteries, case and so on, check out Geekbuying.com

If you want to have a look at the controls before you buy it or just simply forgot your manual somewhere you can simply download the manual by clicking here.