Can You Fly Your Drone in Fog?

How to avoid damaging your drone in bad weather

It can be a little frustrating, especially for drone enthusiasts, to only schedule flights on sunny days. Plus, foggy conditions can make for incredible drone shots.

So, is it okay to fly your drone in fog? More specifically, can your drone even go safely through it?

You can technically fly your drone in fog as long as it’s appropriately protected. This includes turning off its obstacle sensors (if possible) and adding high-visibility lights so it can be seen. However, the density of fog can sometimes make the flight back entirely impossible.

There are several things you need to consider and keep in mind while flying in fog. We’ll be covering that in this post, plus comparing a few of the most popular drone models. 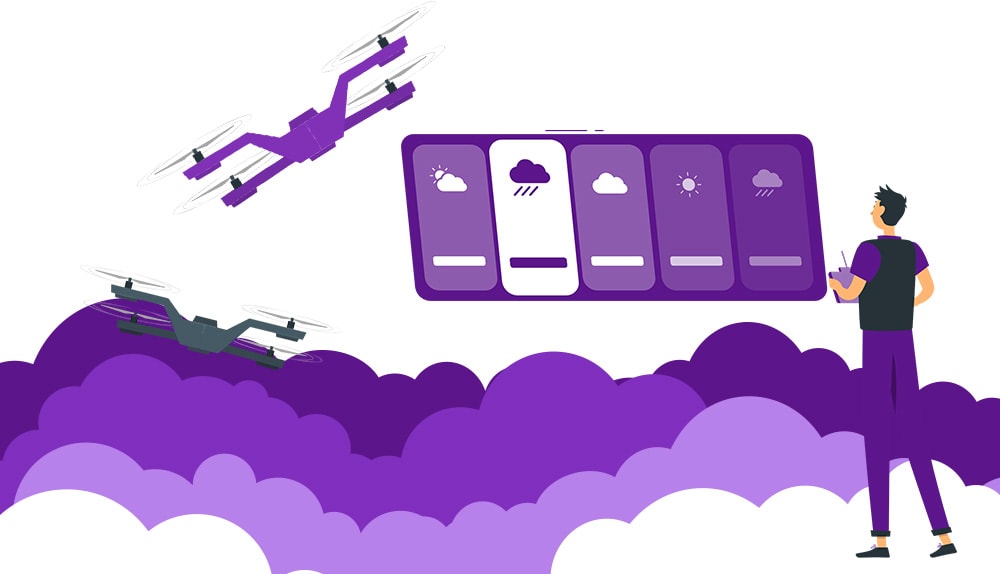 First things first, we need to know whether fog truly damages drones or if it’s just a myth. Here’s the answer.

Fog can hurt drones particularly when the liquid density in fog is high. This is because water droplets, in large amounts, seep through the outer frame of the drone. Other determining factors also include the speed of the wind and the temperature of the drone itself.

It’s safe to say there’s no myth being busted here. Fog can damage drones. But what’s the detail behind the determining factors? Take a look.

Fog density refers to how heavy or dark the fog is.

So, what does it mean for you?

Fog with higher density leads to increased condensation. As a result, water vapors are more likely to get to the internal workings of the drone. And this is where the damage happens.

Drone cameras and motors are especially prone to moisture. At the same time, liquid droplets can also disrupt communication signals.

Another thing to take into account is the drone’s visibility. Darker conditions make the drone significantly harder to spot, which puts it at even more risk.

If you choose to fly through the fog that is accompanied by strong winds, you’ll be jeopardizing your drone’s trip back.

This is because the drone uses up a lot more energy in windy conditions. Your drone’s battery may drop to a critically low level, in which case it can shut down completely.

High-speed winds also make it tougher to figure out where exactly the drone is, especially with already low visibility.

If your drone is already warm and you take it out into colder, foggy conditions, it will be covered in condensation before the flight has even begun.

As a result, the drone will be completely drenched by the time it’s up in the air flying. And we’ve already discussed how liquid has an adverse effect on drones.

Is it dangerous to fly your drone in fog? 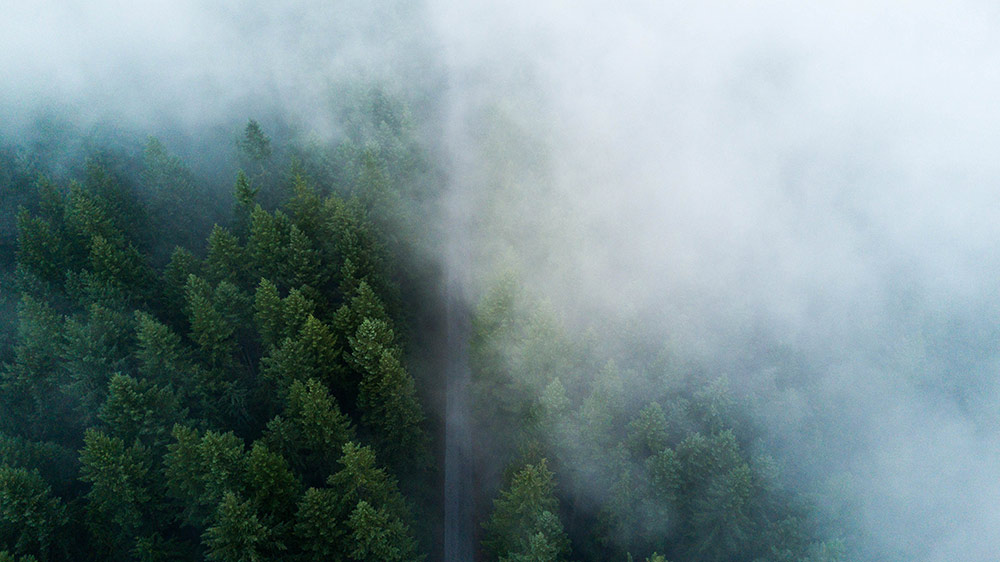 We’ve discussed how there are certain risks you take on when flying your drone through fog, but can it become dangerous? And if so, when?

It can become dangerous to fly your drone in fog when its sensors start operating under the wrong circumstances. For example, the sensors underneath the drone consider dense fog as a landing spot and don’t allow the drone to descend. As a result, the drone ends up being out of your control.

An out-of-control drone is not only a danger to your property but the property of others as well.

Another similar instance occurs when the drone’s obstacle avoidance sensors are triggered by the water droplets. While this isn’t as dangerous, it does stop the flight midway.

How can you protect your drone in fog?

While your flight won’t be as safe as it could’ve been in ideal conditions, there are certain measures you can take to minimize the risks.

You can protect your drone in fog by waterproofing it, incorporating an effective lighting system, making sure the drone’s battery is always charged up, and minimizing payload weight. However, there’s no amount of protection that can save a drone from extremely unsuitable conditions.

These tips may sound straightforward, but there’s actual thought that goes behind them.

Since your drone’s battery may drain faster in foggy conditions, it’s important to repeatedly check its percentage and plan accordingly.

And to go with that, you’ll need to bring along extra batteries to your flight location as well. This way, you’ll be able to carry out your mission even if the battery falls unexpectedly.

One extra measure you can take is to keep the batteries warm as they drain quicker in colder conditions. You could do this by investing in a battery warmer.

The lack of visibility is one of the biggest problems with flying in fog. Fortunately, adding high-visibility lights is a pretty decent solution. I compared the best anti collision strobe lights in an article recently.

Your drone may already have lights of its own, but they’re practically useless in fog. Aftermarket lights make it a lot easier to spot the drone.

And the same also goes for other people. Other people, especially working pilots, need to be able to see your drone to avoid collisions.

All in all, a lighting system will give you and others the line of sight to keep it protected.

This part goes hand in hand with prioritizing battery.

As you might have already guessed, a large payload forces the drone to work harder which increases battery drain.

And considering how vital a fully charged battery is in foggy conditions, you might want to minimize additional weight.

You can do this by removing unnecessary equipment and choosing a camera that’s particularly designed to be lightweight.

This one is the simplest measure to take but it can still prove to be super useful.

It’s always a good idea to plan numerous short trips instead of a single trip that lasts the entire mission. This will allow you to wipe away extra condensation before it reaches the motors.

You’ll also be able to clean the camera using a microfiber cloth. It’s incredibly common for a camera lens to fog up and not defog after, which could render your shots useless.

If shorter flights simply aren’t an option, you may have to go with waterproofing instead. While you can buy drones that are already waterproof, you can do pretty well with what you have too.

The easiest way to go about waterproofing is to get a wet-suit, which sticks onto the drone and offers a tight seal.

On the other hand, you can also go the DIY route which may be more effective (but also more complex). This YouTube tutorial shows how that could be done.

Can you fly the DJI Mini 2 in fog?

Let’s consider one of the most popular hobby drones right now - the DJI Mini 2. Can the Mini 2 really withstand flying through fog?

You can fly the DJI Mini 2 in fog as it does surprisingly well on short trips in light conditions. The drone also manages to get through thick conditions on initial attempts. However, testing it regularly isn’t recommended as there are no guarantees for its safety.

Based on user experiences, the drone particularly begins to malfunction on longer trips - where moisture has the chance to settle in.

Here’s the flight experience of a certain pilot in fairly light fog.

Can you fly the DJI Mavic Pro in fog?

The Mavic Pro, Mavic 2 Pro and Mavic 3 is the professional line of consumer drones DJI has on offer.

Here’s how it fares against foggy conditions.

You can fly the DJI Mavic 3 in fog, primarily because it is pretty durable against moisture and uses ultrasonic sensors. These sensors don’t get affected by foggy conditions as much as infrared sensors. Like any other drone, however, extreme conditions can lead to a connection failure.

It can be smart to stay on the safe side and turn off the sensors anyway. Here’s a short video showing where to find the settings for this.

Can you fly a drone through clouds?

Before we get to the answer, you need to know the difference between fog and clouds.

The thing is, they’re the same in the sense that they both form when water vapor condenses. However, clouds do form at higher elevations.

So, what does this mean for drone flights through clouds?

You can technically fly a drone through clouds as long as you take precautions by planning your flight. Clouds are, however, denser than fog and mist - which results in more exposure to moisture. As a result, the drone comes back completely soaked which can permanently damage it.

If you do choose to fly through clouds, you’ll be flying out of the line of sight. Here are a few tips that might help:

One thing that drone pilots tend to overlook is the temperature. You may risk icing the propellers if you choose to fly in freezing temperatures. This will directly lead to the drone crashing, with no way around it.

Is it legal to fly a drone in fog?

Up until now, we’ve discussed the technicalities of flying a drone through fog. However, the legal side of things is a different story.

It is legal to fly a drone in fog as long as the pilot or an observer has a clear line of sight with the drone at all times. The drone also needs to be operated in a careful manner. These are rules from the FAA that can be considered, but there aren’t any specific rules for flying in fog.

The FAA rules also state to keep the drone under 400 ft above ground. But this rule doesn’t need to be considered in our case, since fog can be formed under the said limit as well.

Now, here’s how you can avoid legal troubles and get to fly your drone in fog:

Still, fog can be unpredictable as it comes in waves of density. This can result in you breaking the law without even planning for it.

Conclusion - can you fly a drone through fog?

To wrap it all up: there’s always a certain level of risk you assume when flying a drone through fog.

You can fly a drone through fog if it’s legal in your region and the conditions are fairly light, as dense fog is where moisture truly becomes a problem. You’ll also need to protect the drone appropriately, which includes adding lights and potentially waterproofing it.

If the temptation of a spectacular drone shot does end up being too much, make sure you take every measure to ensure a safe flight for you and the people around you. 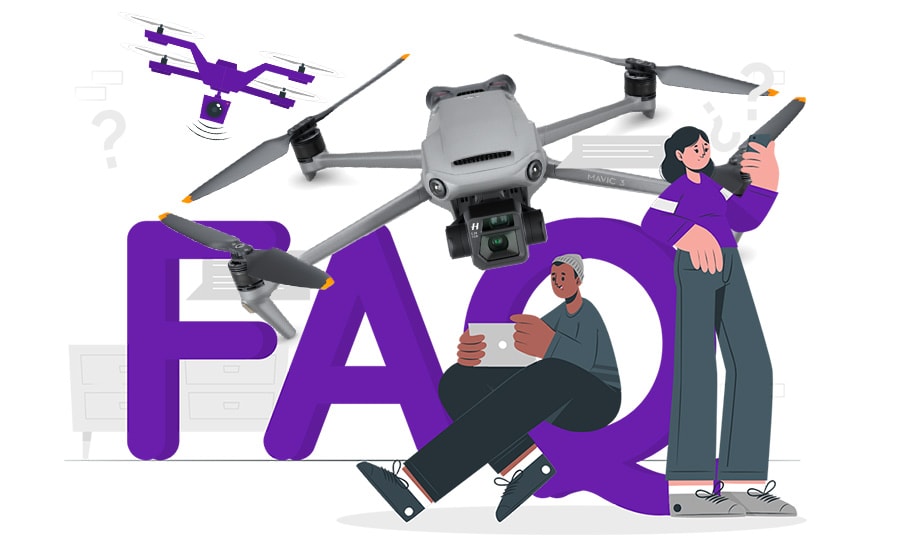 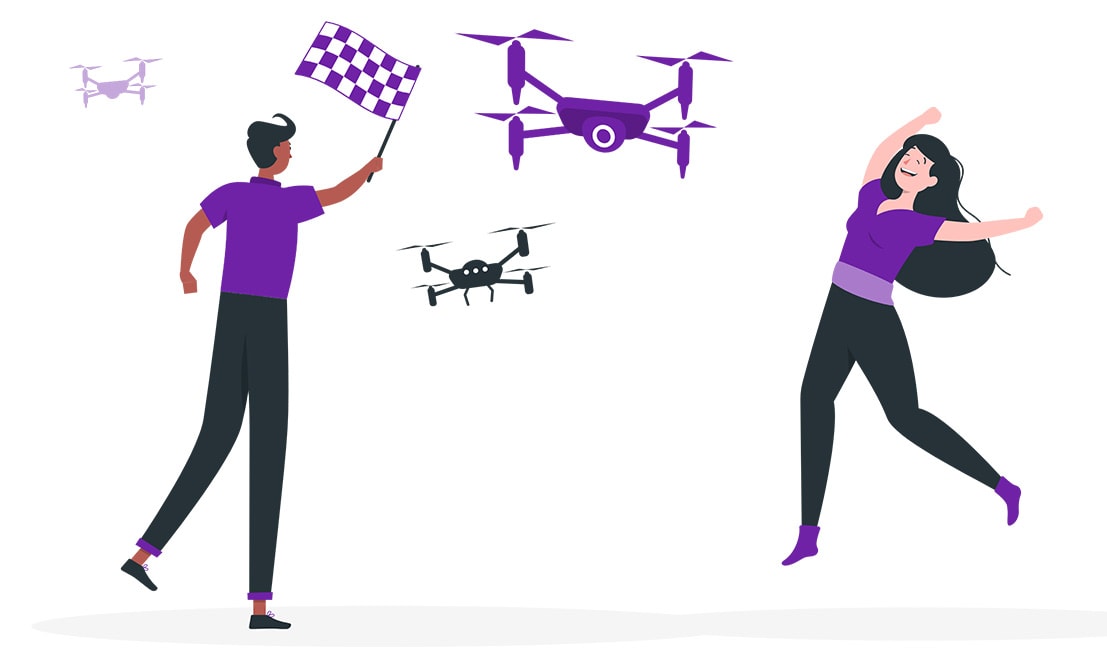 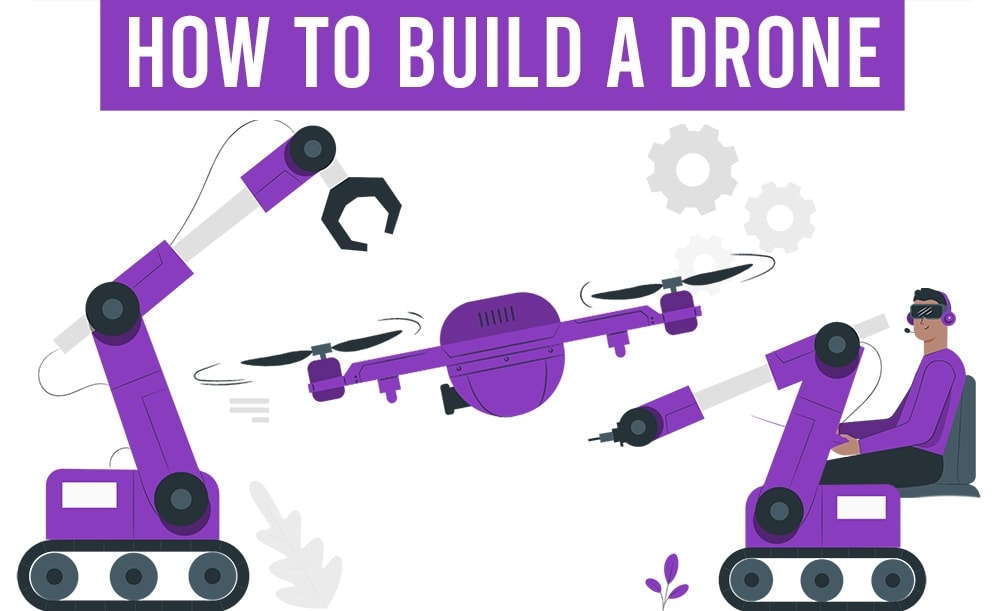