How fast can Drones Fly? 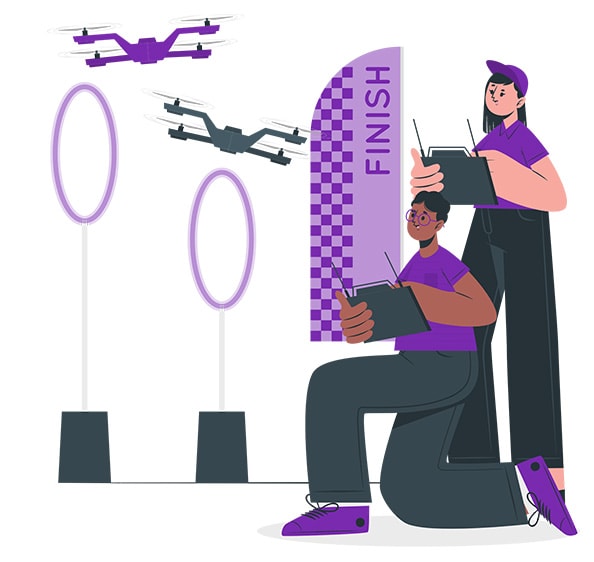 Like any other tech device, people are always asking for the specs of a drone when they see or want to buy one. One spec detail that almost everyone always wants to know is the drone’s flight speed. How fast can it fly?

The average top speed of consumer drones ranges between 40 and 60 mph (63-96 kph). Some categories can fly up to 70 mph while others such as beginner drones can only attain a top speed of 20 mph. Higher categories such as racing drones can however be customized to reach top speeds of 100 mph (160 kph) and above.

However, there is always room for more. There is always some setting or component you can change to fully unleash your drone's potential. In this article, we’ll tell you about the factors that are affecting your drone speed, how you can make your drone go faster, some good suggestions of fast but popular drones you can buy and so much more.

What makes a drone faster? 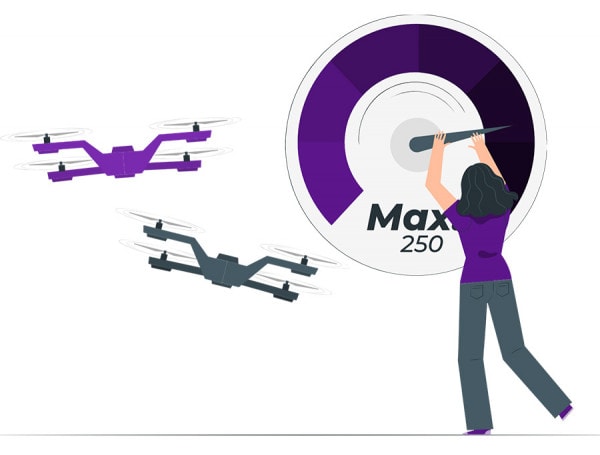 As stated above, most consumer drones will average a top speed of 40-60mph when flying in optimal conditions. For racing drones, flight speeds can go as high as 100mph.

A drone’s average top speed will be determined by several factors e.g., its design, type/category, or even materials used to assemble it.

If you are thinking of getting a faster drone then there are some factors that you will have to consider. Luckily, we have compiled a list of factors you can consider before making that decision. Keep reading.

Most probably the most important factor when it comes to drone speed. The most common types of drones would probably be:

Your guess is probably right, these drones are beginner-friendly. They are very easy to maneuver and can reach top speeds of about 12 mph. This is quite slow if you’ve flown faster drones before.

Most likely the type of drone you will buy. These are the most common types of drones and are designed to support a wide range of activities. They are faster than beginner drones and can reach speeds of 40 - 60 mph.

Some of these drones have been clocked at 70 mph so you definitely need some skills and experience to fly them at top speeds.

If you are into fast drones then you should consider getting a racing drone. Everything about their design, from size to weight, suggests that they are built for speed.

These drones, fresh from the manufacturers, pack enough power to reach top speeds of 60 – 120 mph. However, most of these drones are modified by their owners meaning you will likely see one flying at 120 mph plus.

There are obviously other types of drones that are even faster than racing drones. They are mostly used by the military and are not really available to the general public so let us stick to what we can easily put our hands on. 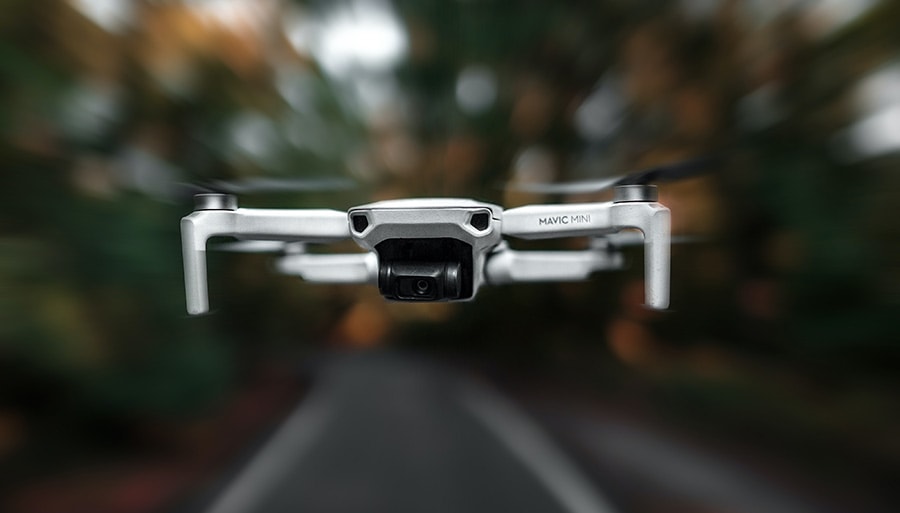 A drone can fall into 2 general classifications, fixed-wing, and rotary wing. A fixed-wing drone is quite similar to an airplane. Its stationary wings allow it to glide while the forward motion generated by its propellers generates vertical lift to stay in the air.

You are probably familiar with the other classification, the rotary-wing. Their rotating propellers give them a similar look to helicopters. The spinning propellers generate a vertical lift for take-off while horizontal motion is achieved by titling it in mid-air. Your usual quadcopter falls under this category.

Fixed-wing drones are generally faster than their counterparts. However, top companies like DJI are coming up with better ways to make rotary-wing drones even faster and more efficient.

Gravity is the force that pulls things down and drones are no exception. Most consumer drones are multirotor, i.e., they have several small-diameter propellers (usually 4, 6, or 8 rotors).

This kind of design tasks the rotors with two duties: to generate lift force and to move the drone horizontally. Generating enough force to overcome the weight of the drone alone, is quite a lot and when gravity is factored in, it becomes difficult to achieve high speeds. For example some of the heaviest drones on the market, while capable of lifting heavy weights aren't made for incredible speed.

This is why racing drones are stripped of extra equipment such as flight sensors and high-resolution cameras so that they can be as light as possible. The results of this sacrifice can be seen in the maneuverability and impressive speeds. 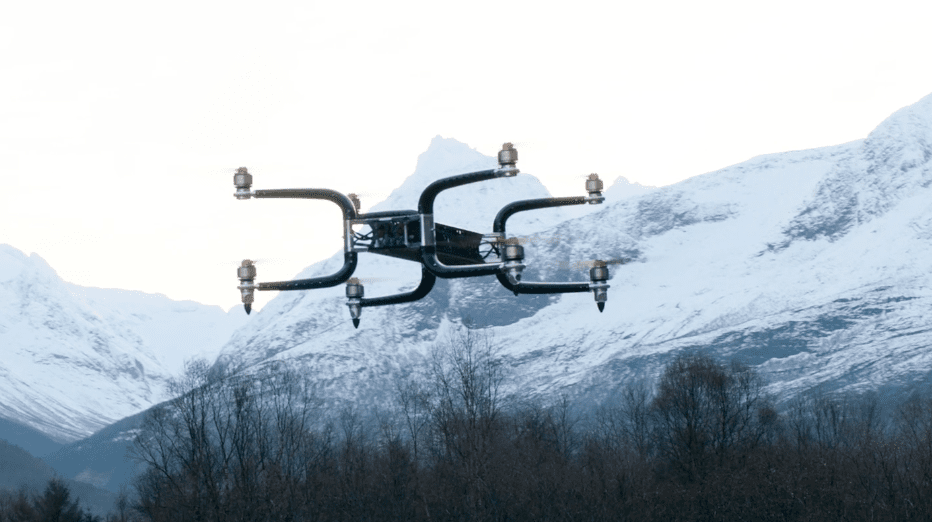 Propellers transform rotary motion into linear thrust. This happens when the rotation creates enough force that counteracts the force of gravity. Propellers in multirotor drones are arranged in pairs, spinning in different directions to create a balance.

So how do propellers affect drone speed? Propellers with a higher pitch generate more lift than flatter ones. Blades made of carbon are lighter than plastics hence saving on weight.

Operating Limitations for Small UA in part 107 of the FAA rules states that a drone cannot be flown faster than a groundspeed of 87 knots (100 miles per hour). This law might not apply to racing drones since they are not operated in the open.

What is the fastest drone in the world?

We know that drone speeds vary from type to type. Drone types such as military drones are fast but details about them are usually kept from the public. To answer this question, let’s stick to non-military drones.

The fastest drone in the world, according to the Guinness World Book of Records, is DLX RacerX at an insane speed of 179mph. It had a 2500kV motor with up to 43000 RPM and only weighed 1.76lbs.

The test was done in upstate New York. To achieve this record, the drone had to fly back and forth across an 100m course.

Below is a table of the most popular consumer drones to compare against eachother. 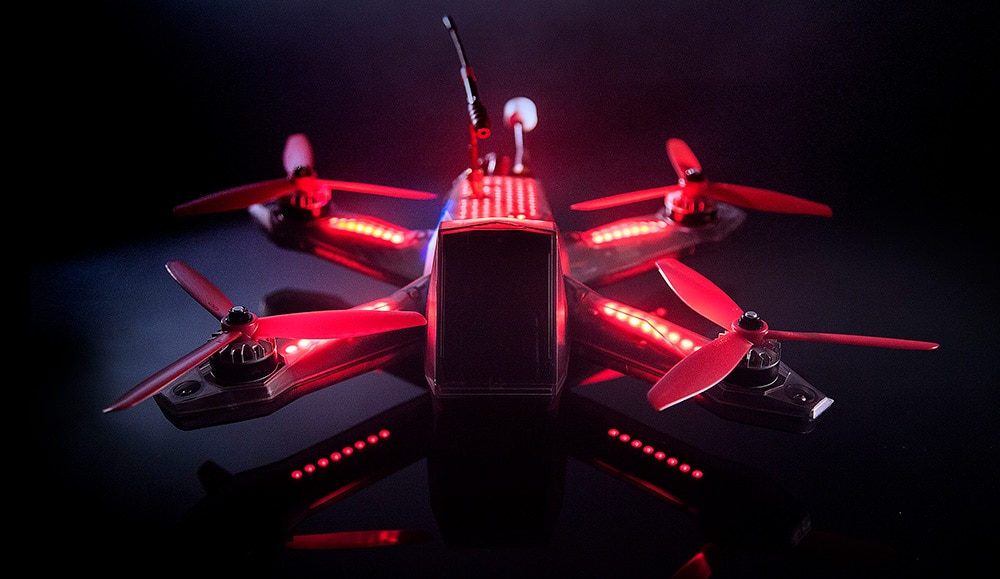 How fast is a military drone?

Military drones are more advanced in terms of design and can achieve top speeds of Mach 2.1 and above, more than twice the speed of sound.

Most military drones are fast because of their fixed-wing design. Unlike in rotary-wing drones, the power produced in fixed-wing design drones is used to move the drone forward hence making them more efficient.

How fast can a racing drone fly? 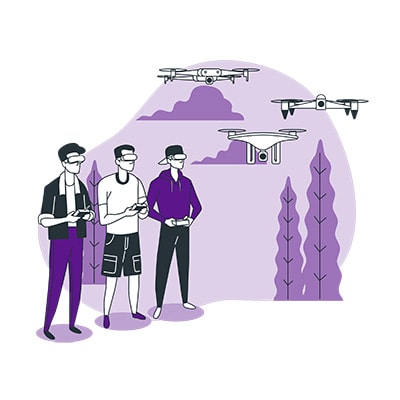 Most racing pilots customize their drones to match their needs. The modifications depend on the pilot so it is possible to find two similar drones with different top speeds. But how fast are these drones before any customization?

Most racing drones are capable of flying at speeds between 70 mph and 120 mph with no modifications. The current record for a customized drone is 163 mph(262 km/h), achieved by Drone Racing League’s RacerX.

As racing drones are meant for speed, but what's so special about them that makes them fly faster?

Racing drones are small in size, lack additional heavy components, and their components are made from light materials. In addition, racing drones also come with powerful motors, the right propellers, and an unassisted operation mode known as rate mode, which allows them to be highly maneuverable.

What is the fastest drone in the market?

DRL RacerX is the fastest drone in the world with speeds of over 163 mph. The fastest commercial drone may not be buyable because they are modified by their owners. However, if you’re looking for the speeds that are provided by the drone manufacturer then the table below should help you out.

The table shows some of the popular drones that you can acquire easily. Please note that the speeds provided were reached while the drones were flying at optimal conditions. You may get different speeds when flying in the open.

How can I make my drone fly faster?

If you are not satisfied with the speed limit of 100 mph (87 knots) set by the FAA and would like your drone to attain a speed upwards of 120 mph then here are a few things you can do to maximize your drone speed.

Drones such as DJI Mavic Air have several flight modes that you can pick from; positioning and sports modes. Its speed for S-mode(sport), P-mode(positioning) and wifi-mode are 68kph, 28kph and 28kph respectively.

In the sport mode (S-mode)the drone uses GPS to locate its position and its vision ability to move forward and backward is disabled. This disadvantages the drone for its ability to sense and avoid obstacles is not available. This also affects Intelligent Flight Modes. A point to note, the S-mode drone response is highly optimized for speed and agility making it responsive to the control stick movements.

You can start by replacing the heavy HD camera with a lighter lower resolution one. You can also swap out the rotor blades for lighter ones.

How fast do drone propellers spin?

Drone propellers convert rotary motion into linear motion thus providing lift for the drone. They place a major role in how fast your drone will move either horizontally or vertically, but fast should they spin to perform this task?

In conclusion, a normal consumer drone will average a speed of 40-60mph, fresh from the store. However, that doesn’t mean you go faster. You can decide to get a racing drone (which is already fast) and customize it to your needs.

Of course, there are faster drones that have recorded insane speeds, e.g, Falcon Hypersonic Technology Vehicle (HTV) 2 at Mach 22, but such aren’t built for the general public. So, if you’re looking for a fast drone, a racing drone plus a few modifications is your best bet.